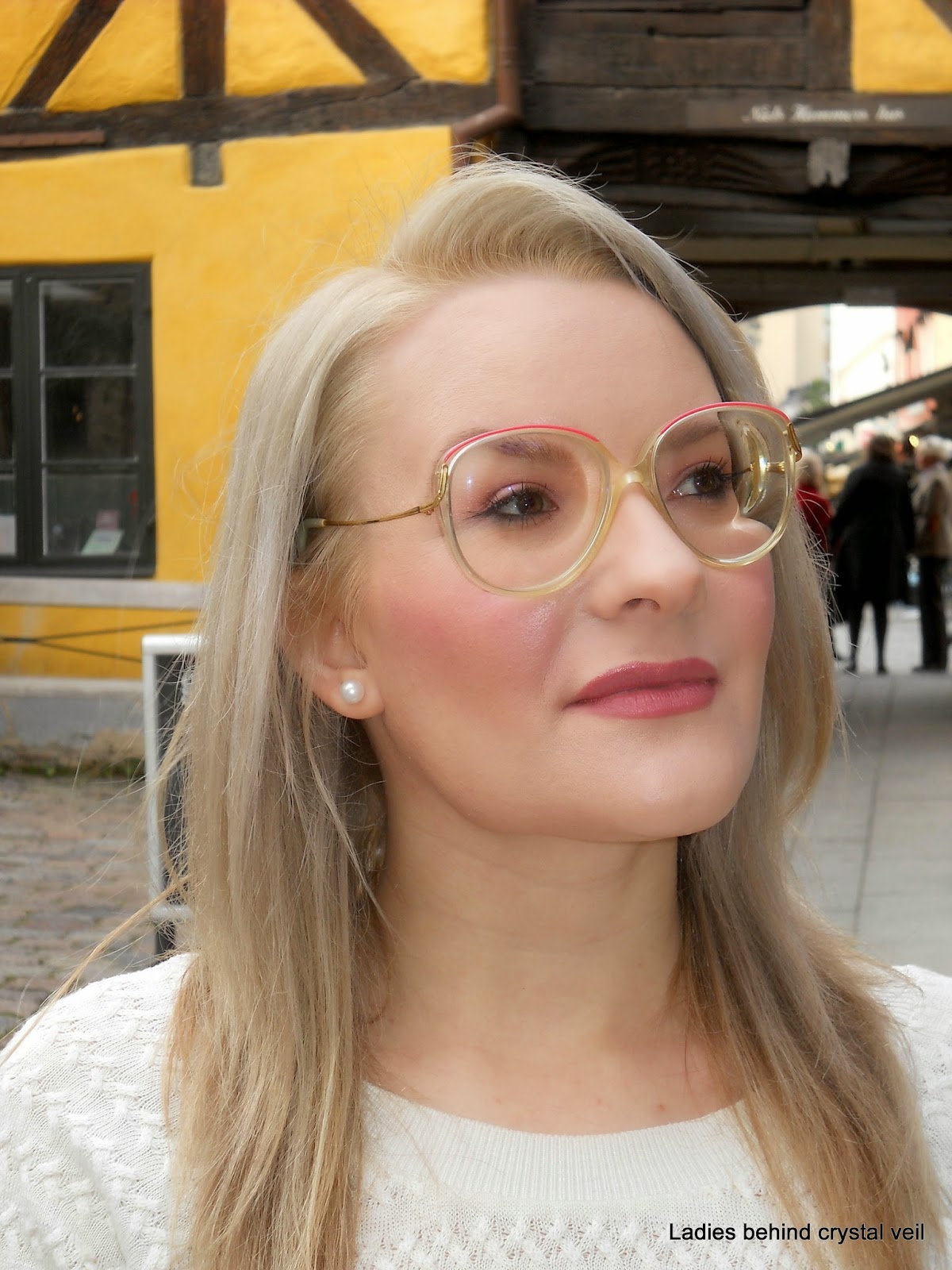 These nameless but beautiful glasses were first bought by the same German lady who at a later stage was also the first owner of the pink Flair glasses shown by Jennifer in the previous series. During a span of fifteen years, the lady in question had several increases in her prescription. It was minus eleven in her earliest pair by Metzler (late 1970's), minus twelve in the glasses shown here by Jennifer, minus thirteen in a pair of Silhouette glasses with high index lenses (1988) and minus fourteen in the Flair glasses. Unlike normal myopia, high myopia tends to be progressive. The four glasses just mentioned testify to that. The lady in question had a fine taste for glasses and she clearly had a very good optician who gave her advice about the latest developments in lens technology. As far as I know, blended myodiscs were an invention of the mid 1980's and if so, the lady in question was among the very first who gave them a try. High index lenses were an invention of the late 1980's and the lady's choice to switch from blended myodiscs to high index lenses may indicate that the glasses shown here by Jennifer were not entirely satisfactory. The problems may have arisen by the frame which is fairly narrow and rather high. As a result, the carrier lens (that surrounds the circle shaped "bowl" with the prescription required) fills the lower section of the frame. This must have caused problems for the lady in question. She was forced to look over a section that only created a massive blur, much worse than the adaptation problem to bifocals. Apparently, her switch to high index lenses was not entirely satisfactory either and within a few years, she switched back to blended myodisc lenses in a frame that was not too high. Enough talk about lenses.... let's hear what Jennifer had to say about these ultra rare (and no doubt, expensive) glasses.
Gepost door ogoloog op 23:04