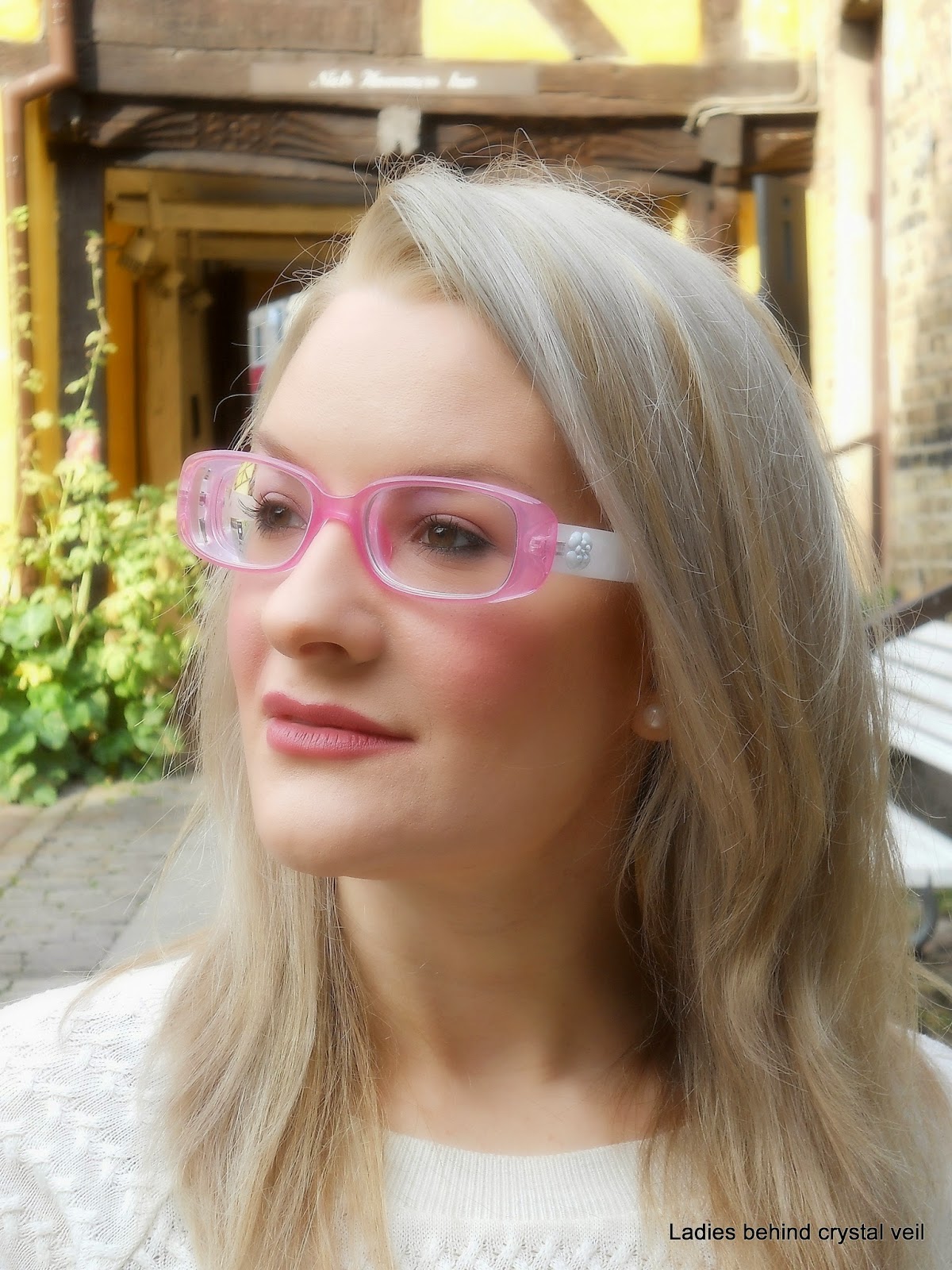 "It looks as if the fog is clearing up again for you, am I right?"
"Yes, I still feel a bit of strain but everything looks nice and clear, only a bit smaller again. I noticed that you really handled these glasses with care when you handed them to me. Are they special to you?"
"Yes, they are. I bought them for Lady Lentilux so she could use them when she is working behind her computer. I ordered three pairs for her but she preferred another pink pair for use in everyday life"
"May I ask, did you ever consider to become an optician? You could have made a living out of your fascination with glasses"
"I wanted to become an optician in my schooldays but my father was against it. This was in the sixties and fathers had more power over their children than they have nowadays. I told him that I would start collecting glasses instead and he thought I was crazy but he left it at that"
"Life stories, Lord Lentilux. It's a pity he did not allow you to follow your interest"
"Well, looking back, I don't blame him. It was a disappointment at the time but I doubt if working in a shop would have been fulfilling in the long run"
"You mean, life would have never brought you to Sweden?"
"That's a good one"
Gepost door ogoloog op 16:41