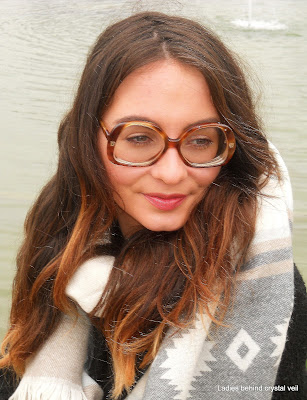 Christian Dior was the first haute couture house that started its own glasses line. This happened in 1976 and their frame design had the effect of a shock wave, especially in Switzerland where I was working at the time. Within a few weeks, the streets had changed in a revolutionary manner - and I'm not talking shop windows but Swiss ladies. Several competitors in the world of haute couture zoomed in behind Dior and although none of them had the same output and impact, some of their frames were fantastic. These glasses by Cardin are an excellent example.
Gepost door ogoloog op 23:11