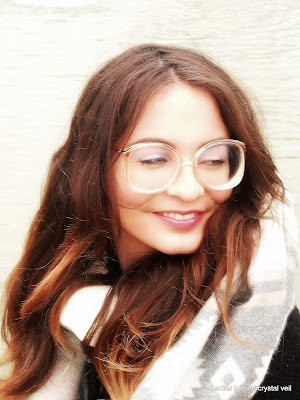 January 23rd was an amazing day. The long walk from the hotel to the Louvre area took place in a cloud that almost reached the roofs of the buildings. It remained overcast throughout the day and the only variation was the height of the clouds. Light conditions were varying as well and the reflection from the water was fairly strong at times, indicating that the clouds were not all that thick. This gave me the opportunity to accentuate the varying light conditions during the editing process.
The messages exchanged with Sonia during the weeks preceding her photo shoot were bilingual. I can speak French (although rusty and with a funny accent) but writing in French is a different matter as the grammar was always beyond me. So my contributions were in English and Sonia replied in French. It worked remarkably well. When we actually met at the Petit Arc, our talks were all in French. Occasionally I had to look for words, especially when it came to instructions for the posing. Fortunately, there was hardly any need for instructions. Sonia is a natural in front of the camera and the atmosphere was airy and relaxed. Great!
Gepost door ogoloog op 14:49