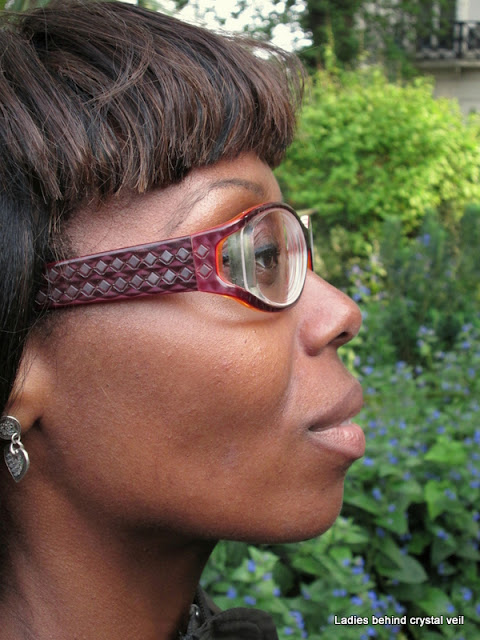 The dull retro era started in 1989 and it seemed to go on forever. Then, all of a sudden there was a new wave in frame design. It was a great relief to me when the black hipster frames took over in 2009. The style is believed to derive from old photos of the legendary pop singer Buddy Holly (b. 1936 - d. 1959) that created a sudden hype on the social media. A whole new generation went searching for frames in the Buddy Holly style. Several brands saw the potential and started producing black, solid unisex hipster frames. Very soon the streets were full of girls (brunettes but especially blondes) sporting the new style. Many girls did not need glasses at all but they simply enjoyed wearing black hipster frames with plano lenses. There was very little variation within the new style if you compare it with the rich diversity in design during the 1970's and 1980's but anything was better than the retro style so I was not complaining :).
Given this shock wave in 2009, it's highly remarkable that Zenni came up with the massive frame shown here by Nicci. It's a hybrid style, combining the solid arms of the new wave with the floating lens which was one of the few attractive novelties introduced during the final part of the retro era. Lens thickness at the sides is a full centimeter, effectively barring the view of the model's eyes "en profil". Thick lenses were the standard throughout the 1970's and 1980's. Everybody was in the same boat and the alternative of contact lenses was widely available for high myopic girls who disliked their glasses, so nobody was complaining. Nowadays, the talk is all about coke bottle glasses and opticians make a fortune selling ever higher index lenses for astronomic prices. These high index lenses are only bought for aesthetic reasons. In reality, the old fashioned standard lenses give the wearer better eyesight as there is less peripheral distortion. Trends created by the contemporary dictate that all young people have to be perfect in every respect. In my view, there is nothing wrong with "perfect imperfection" which makes one stand out between the peer group. This is one of the reasons why I order all modern frames fitted with standard 1.57 lenses.
Gepost door ogoloog op 01:39