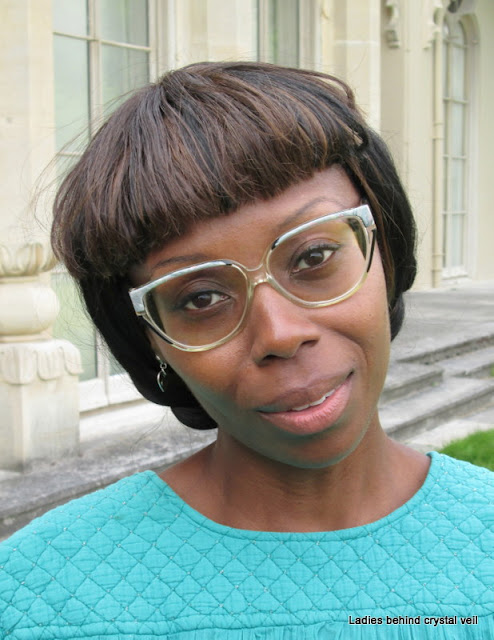 The glorious era of the large frames started worldwide in 1967 and it lasted over two decades. It's interesting that it ended quite abruptly in the Netherlands (late 1988) but far more gradual in the neighboring countries where large frames remained available until the early or even mid 1990's. The large frames of the final years often had a marble structure. I brought along several examples for the photo shoot with Nicci, expecting that these would suit her well. The Carlo Sebastiano glasses shown here are a fine example of the distinct style from the late 1980's and early / mid 1990's. I have failed to gather information about Carlo Sebastiano and my collection only hosts this example of his work. Anyway, it's a great pair and the color pattern in the frame is a perfect match with Nicci's beautiful dress.
Gepost door ogoloog op 22:38