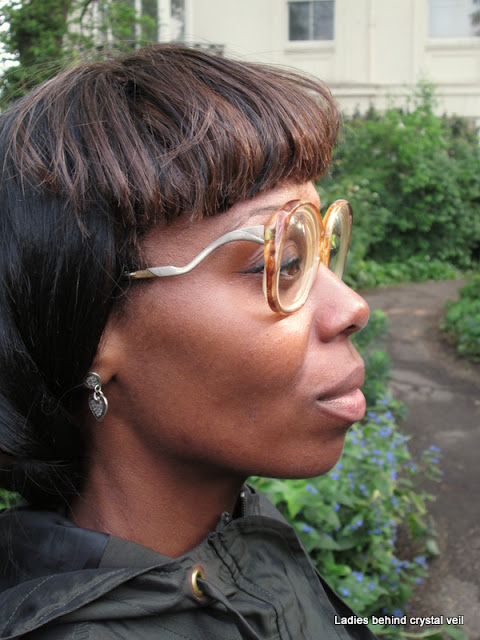 A fine "en profil" portrait of Nicci posing in a nameless but remarkable pair of glasses acquired at the Amsterdam flea market during the late 1980's. Designers experimented with the shape of the arms and this led to a style called "drop temple glasses". This style was attractive as the arms were not in the way when the owner of the glasses was seen "en profil". The style shown here by Nicci is the opposite of drop temple glasses but it achieves the same effect. It's a great pity that styles like this vanished from the streets in the late 1980's when the rather dull retro fashion took over. So far, no serious attempt has been made to revive the highly attractive drop temple style. Perhaps next year?
Gepost door ogoloog op 00:30