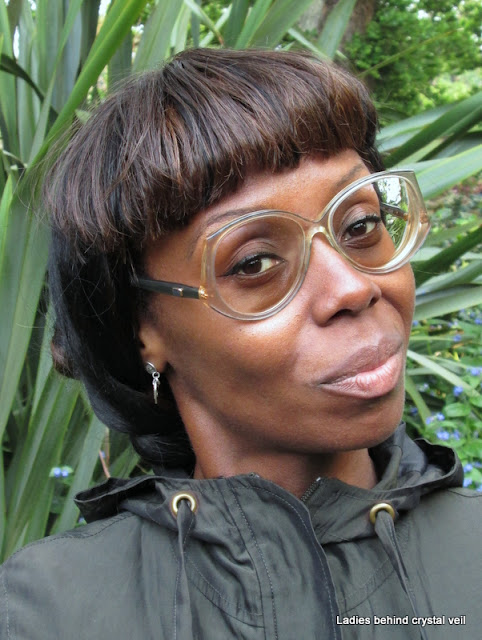 These slightly warped but otherwise splendid Silhouette glasses were sent to me by Martin from Köln, Germany and subsequently used in half a dozen photo shoots between 2010 and 2012. Some names from the past, for comparison: Margriet 125, Leonne 062, Christien 123, Bianca 145, Lucy 017 and 262. The glasses were also featured during the catwalk at the opening of my photo exhibition in Germany where Farishta (the "Mona Lisa in glasses") showed them on the red carpet. The glasses surfaced again during the preparations for a series of five photo shoots in Paris in January. Sonia (called the "Princess of glasses" by her many admirers) was the model posing in them on a cold winter day in Jardin des Tuileries, near the Louvre Museum. Here lovely Nicci is joining their ranks in her own distinguished way. The fine colour blend with Nicci's coat was an unforeseen but welcome bonus.
Gepost door ogoloog op 16:12