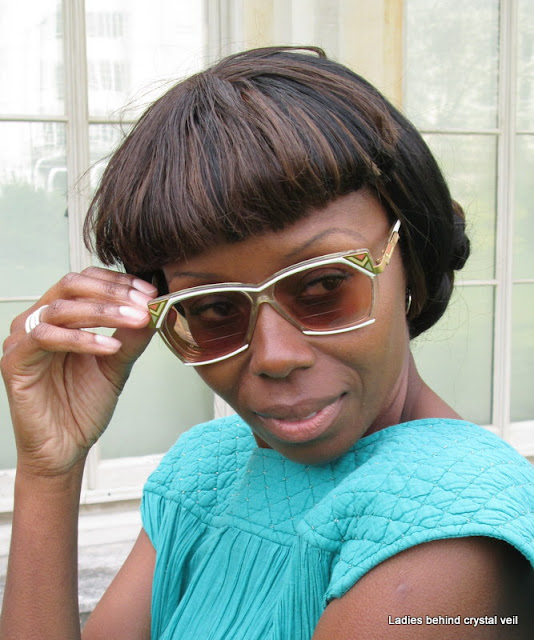 Cazal made many revolutionary frames during the 1980's. Their style can best be described as "not for the fainthearted". My collection hosts about a dozen of their glasses and the pair shown here by Nicci is a fine example. The glasses were kindly sent to me by Frank and Maureen from England, some four years ago. I was amazed to hear that Maureen bought these glasses as late as 1996. If their information is correct, Cazal was braving the storm alongside of Silhouette during the 1990's, refusing to follow the other brands in their switch towards the retro style. Maureen's Cazal glasses are remarkable for their lenses as well. Trifocal lenses emerged in the early 1970's but they soon lost the competition against progressive lenses. This was simply a matter of aesthetics. Still, trifocals have certain advantages over progressives, especially the stable view at intermediate distance.
Gepost door ogoloog op 01:32