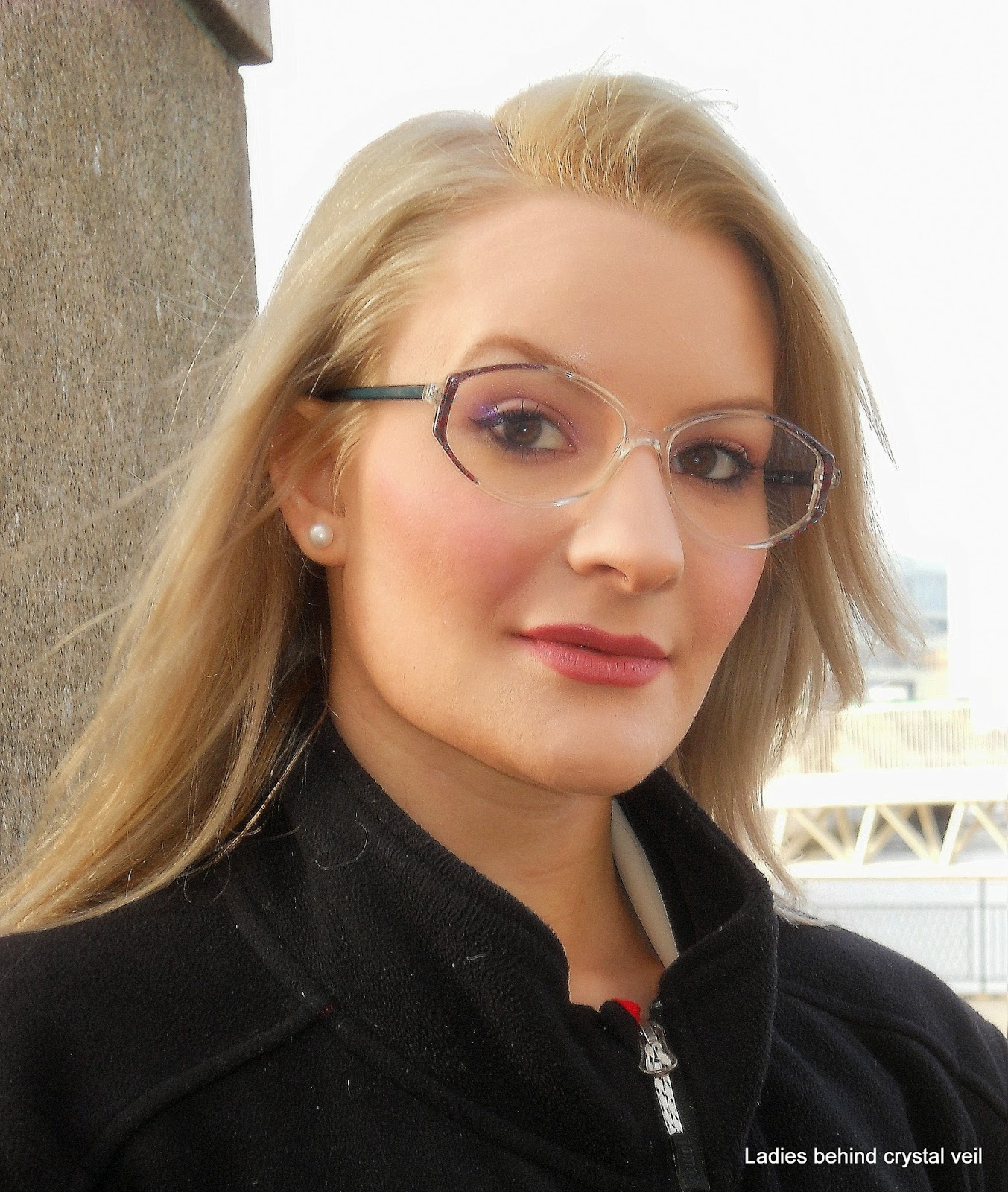 Silhouette is a famous company from Austria and they have been in business for half a century. They had their international breakthrough in the early 1970's and in my opinion, Silhouette was in the same league as Christian Dior. My collection hosts over a hundred examples of Silhouette glasses, mainly from the glorious 1970's and 1980's when their designers were at the height of their powers. When the retro era set in, Silhouette were among the very last brands that continued to make beautiful "old style" glasses. However, such was the dictate in fashion that even Silhouette was forced to tone down a bit in their design. Eventually, they made a drastic switch, creating a new niche for themselves by focusing entirely on discrete rimless frames. A word of thanks is due to the Silhouette company for meeting my request to put a year of manufacture on a few dozen of their glasses in my collection. So I have it on good authority that the pair shown here by Jennifer was made in 1995. The glasses were a find in Austria where the retro era made a later and less abrupt invasion than it did in Holland.
Gepost door ogoloog op 01:47