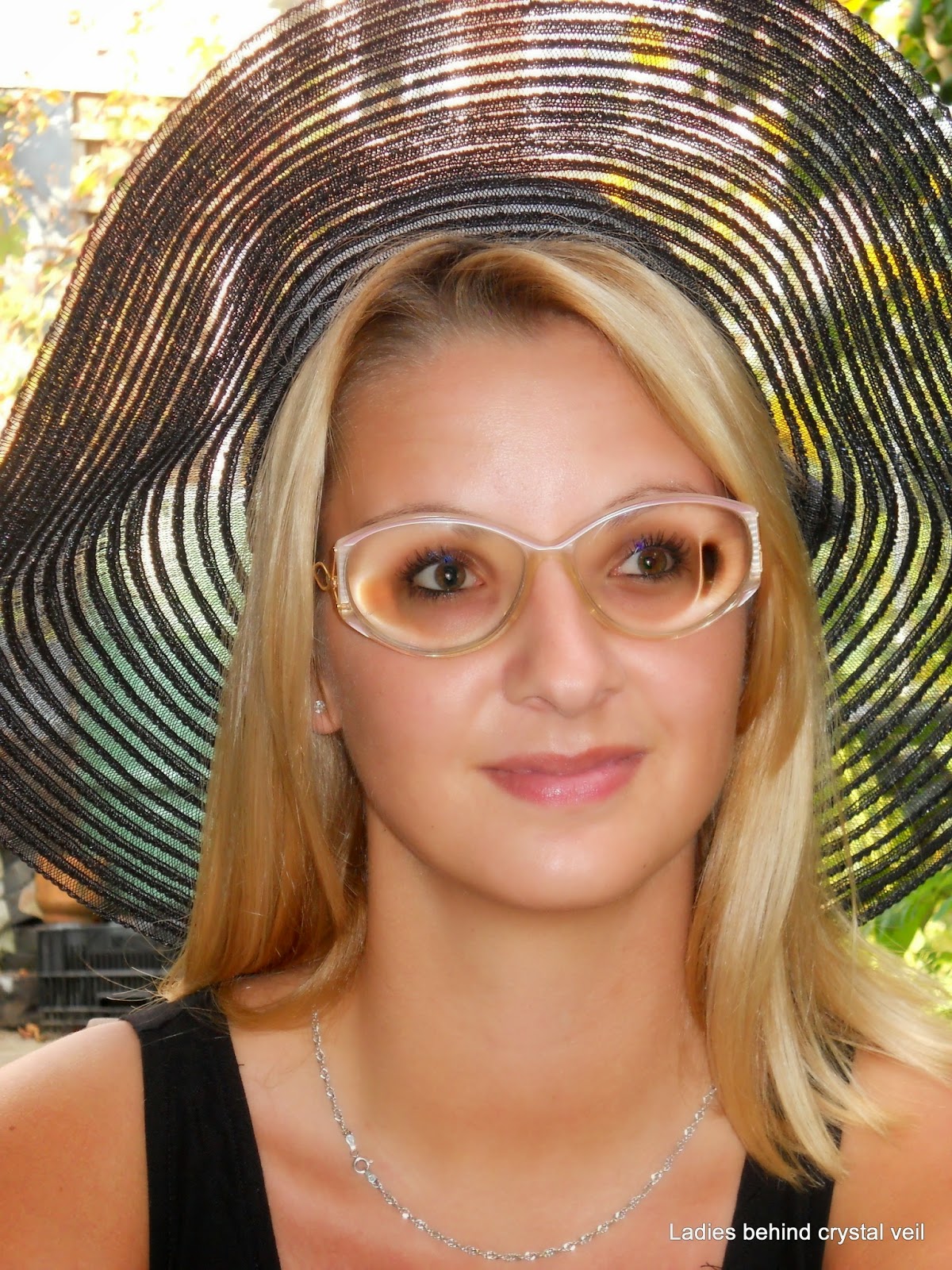 Here Iris is showing some of the special effects particular to blended myodisc lenses. The carrier lenses are slightly positive so they catch the light whereas the very negative "bowl" in the center produces the effect of shade. The characteristic "half moon" effect can be seen between the model's left eye and her hair. There is no "cut in" effect and there are no visible power rings either. These were important advantages of blended myodisc lenses. I first saw a lady in blended myodisc glasses during the summer of 1988 in a place called Kufstein, at the Austrian - German border. It was really fascinating to see the effect of the lenses change with the slightest movement of her head. The lady was not shy at all and there was nothing handicapped about her. Some twelve years later I came across four pairs of glasses that had clearly belonged to the same owner. Two of the four pairs were fitted with blended myodisc lenses and these Flair glasses were the most recent of the four pairs. The glasses span a period of fifteen years and they illustrate their owner's progressive myopia, from minis eleven in the earliest pair to minus fourteen in the Flair glasses. The other pair with blended myodisc lenses will be shown later by Iris.
Gepost door ogoloog op 11:18