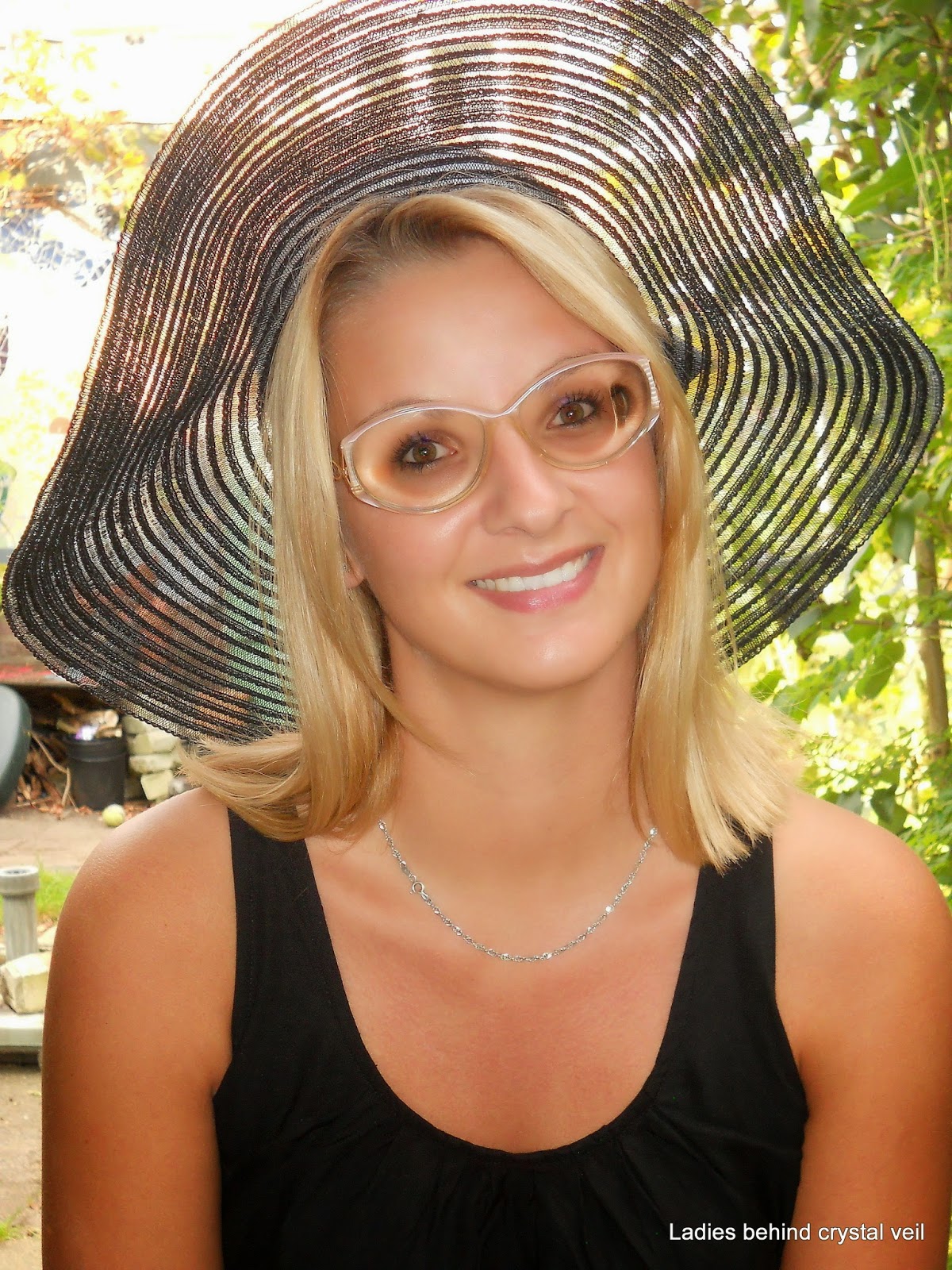 Myodisc lenses are used in glasses for people with extreme myopia. The earliest myodisc lenses have a circle shaped "bowl", surrounded by a carrier lens. Only the "bowl" has the visual correction needed by the wearer of the glasses. The disadvantage of these lenses was aesthetic. The abrupt demarcation between "bowl" and carrier lens was very visible. I clearly remember seeing girls and women in myodisc glasses during my childhood. The peculiar lenses in their glasses somehow fascinated me but I did not dare to really observe the girls and women in question. The reason for my shyness was that they were even more shy when they felt that somebody was watching them. There were no contact lenses available yet so there was no alternative for myodisc glasses. In the late 1960's, an attempt was made to improve on the aesthetics of myodisc lenses. The abrupt demarcation remained but the shape of the bowl was changed. It followed the shape of the frame and this gave the glasses a nicer look. This invention was called "Formlenti" but I can only recall a few sightings. Contact lenses became available around 1967 and very soon the myodisc glasses disappeared from the streets of Amsterdam. A wonderful invention was the introduction of blended myodisc lenses in the early 1980's. The circle shaped "bowl" was back but the demarcation line was replaced by a gradual zone of transition to the surrounding carrier lens. The change is similar to another revolutionary find from the late 1960's, the invention of progressive lenses that would soon replace the traditional lined bifocals. Blended myodisc lenses were a great invention but by the 1980's, far more comfortable contact lenses were developed and I only remember a handful of sightings. (end of lecture)
Gepost door ogoloog op 10:29