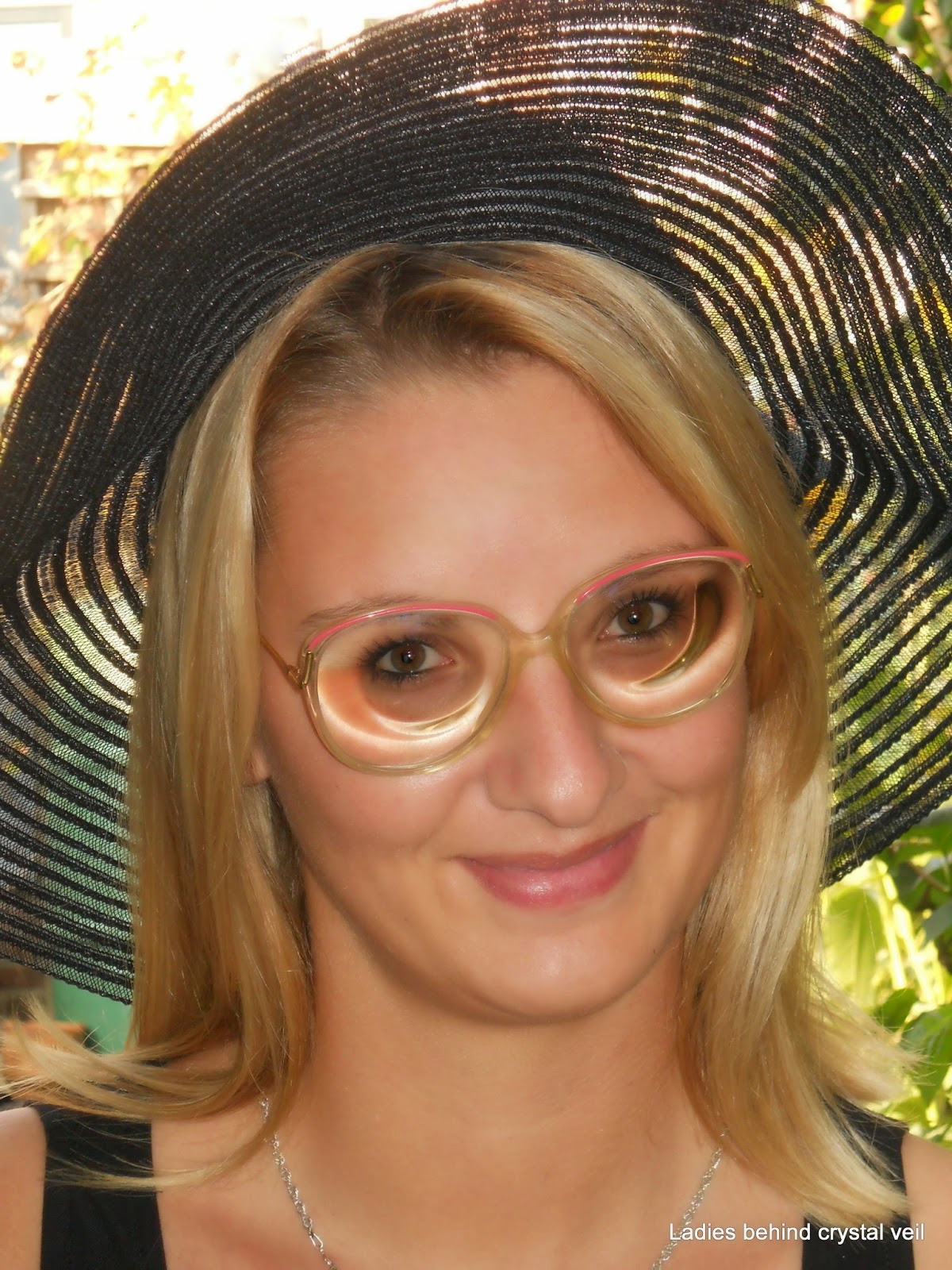 A big variety in vantage points is needed to show the characteristics of blended myodisc lenses. Of course I explained this to Iris before she put the glasses on. "Chin down" is something I rarely ever say during photo shoots but here it was essential to show the position of the central "bowl" in both lenses. A disadvantage of blended myodisc lenses compared to the traditional myodiscs is that the transition zone to the carrier lens takes away a part of the area through which the wearer can see clearly. The frame of these glasses is rather high and narrow and as a result, the carrier lens is rather thick near the lower rim of the glasses. This must have been a handicap to the German lady and no doubt, this influenced her decision to switch to Silhouette glasses with the then newly invented high index lenses in 1988 or 1989. Apparently the high index lenses were not entirely satisfactory either so a few years later she switched back to blended myodisc glasses. These were the Flair glasses already shown by Iris. The frame of the Flair glasses is not so high and as a result, the carrier lens is not causing any problems. Iris found the navigation process an amusing experience.
Gepost door ogoloog op 08:54