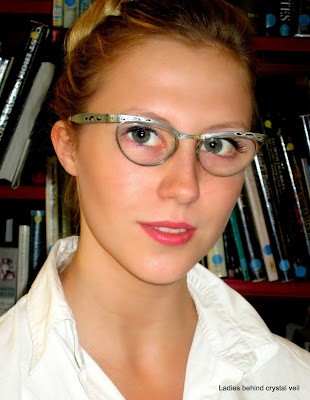 These classic Whitney glasses from the cat eye era were acquired in the central part of Ireland, some fifteen years ago. Ever since my first music visits to Ireland in the late 1970's it struck me that there were far more long sighted people in Ireland than there were in the Netherlands. An elderly optician in Dublin confirmed this during the 1990's. These Whitney glasses are a splendid example. Perhaps it has to do with the abundance of panoramic views in Ireland?
Gepost door ogoloog op 05:50