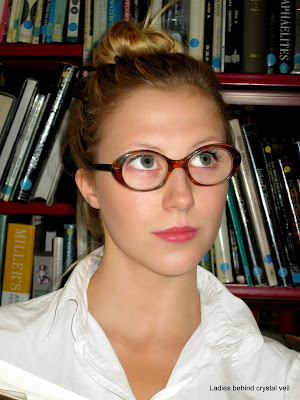 If my memory serves me correctly, these simple but nice "Jay" glasses were acquired during one of my many musical and relational visits to Dublin during the early 1990's. I'm not sure when they were made. The frame shape and size would indicate early to mid 1970's but the frame colours were popular during the late 1970's and early 1980's. Also, opticians in Ireland were often a bit behind compared with the trends in Holland. So your guess is as good as mine :).
Gepost door ogoloog op 12:01