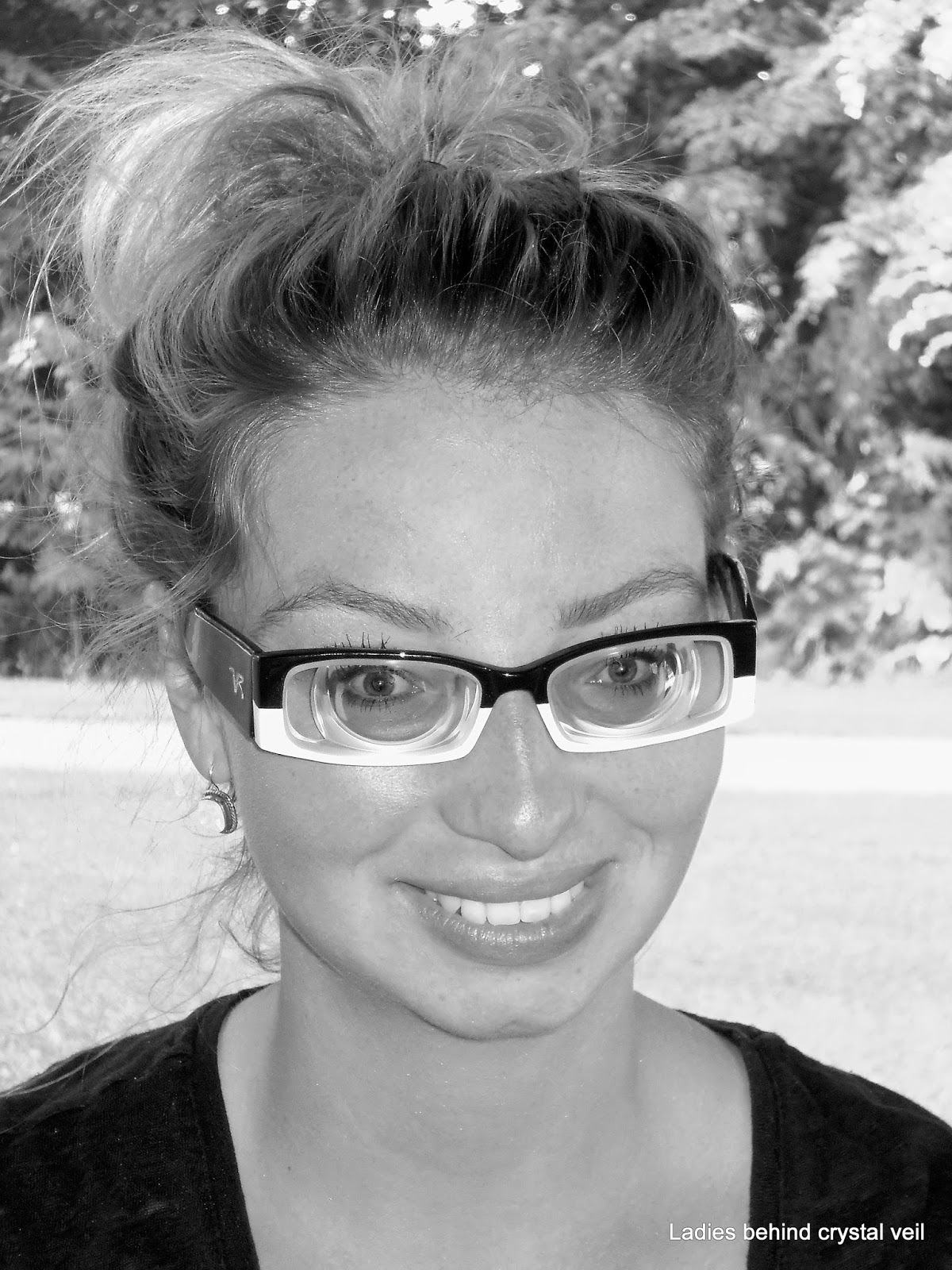 Posing in myodisc glasses is more difficult than posing in glasses with a mild to moderate prescription and the same goes for the photographer's role in creating satisfactory images. There is often an excessive reflection in myodisc lenses, caused by the extreme curve of the inner surface. However, a careful editing process can do miracles, even when conditions during a photo shoot on location are far from ideal.
The striking glasses shown here by Sandra were made by Valentina Rehder and sent to me by Stephan from Bavaria, four years ago. The frame is modern, yet reminiscent of the "op art" style from the mid 1960's. The glasses were featured in three early photo shoots (Petra 321, Margriet 106, Douce 165) in 2010 / 2011. It's nice to bring these striking, extreme glasses back into circulation once more. Thank you, Sandra!
Gepost door ogoloog op 12:29