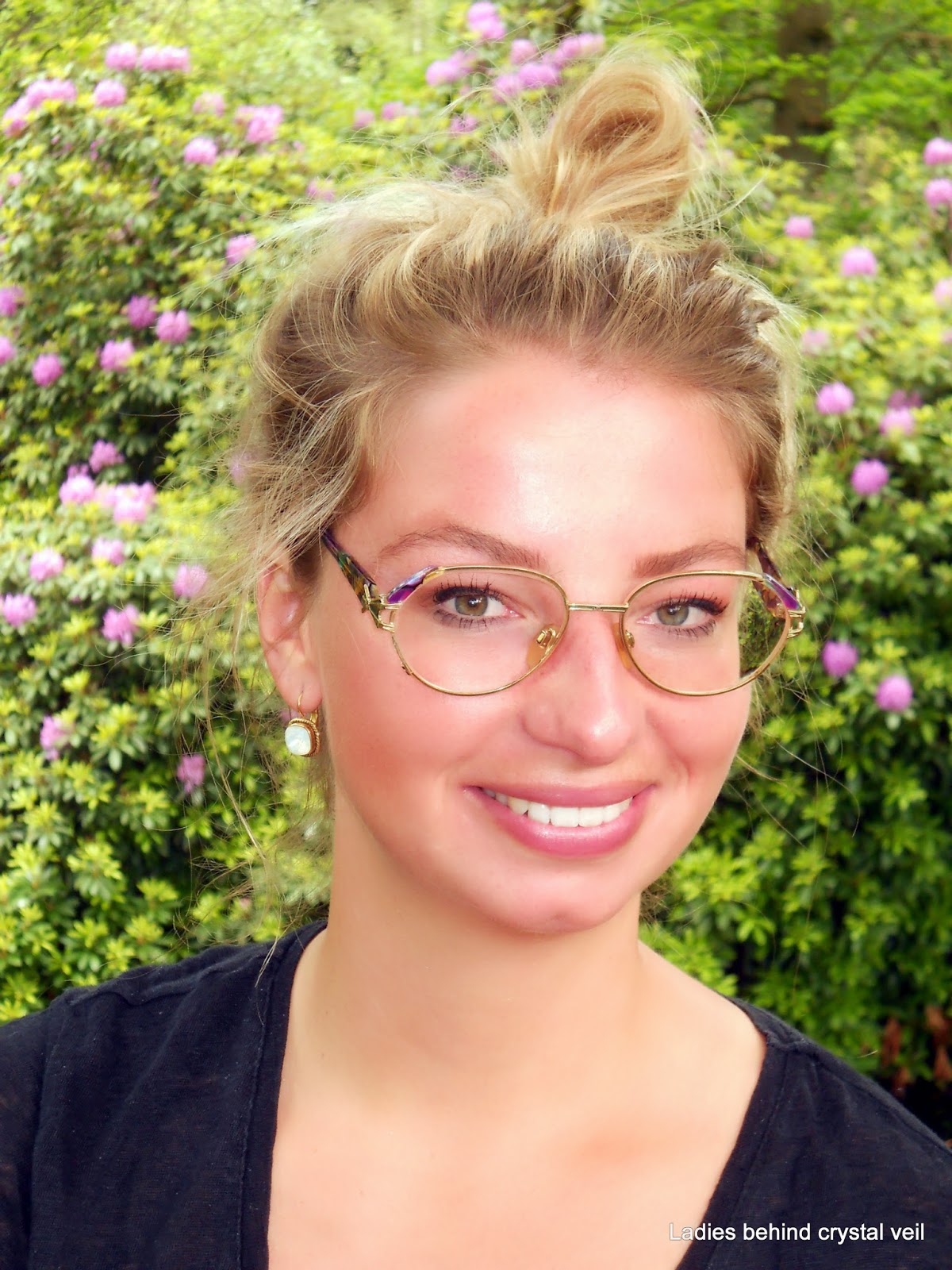 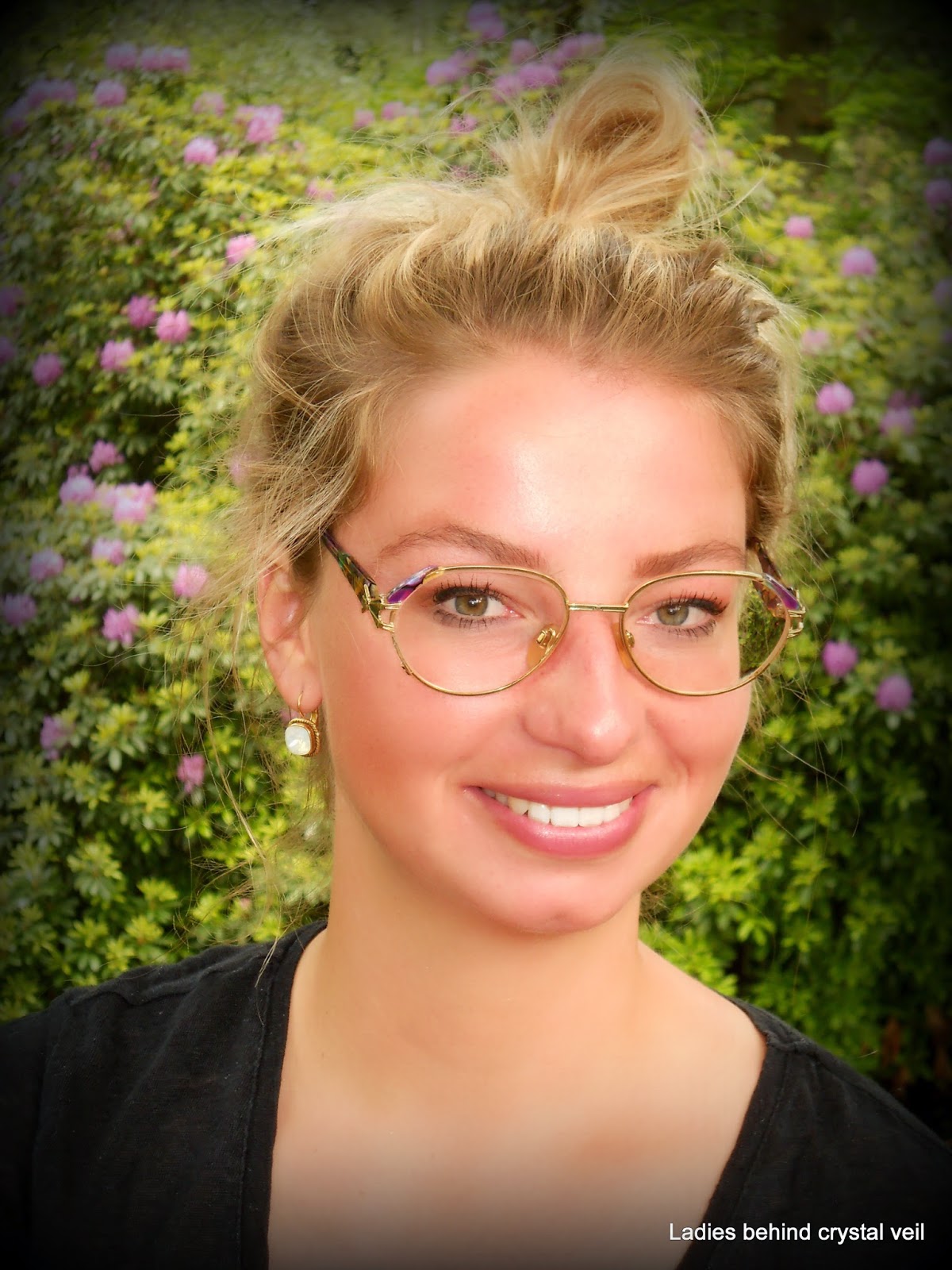 These nameless but elegant glasses with marble arms were acquired in a charity shop in the central part of Ireland around the turn of the Millennium. The lenses are a bit too weak but Sandra really liked this pair. Never mind the ephemeral lack of crispness - Sandra had her own glasses close at hand and she put them on straightaway after each series to choose the next pair out of the box for posing. I always encourage models to put on their own glasses at least after posing in half a dozen series so that the eyes can relax from the posing. Some models are happy to do this while other models don't bother. Surprisingly, the latter category often has stronger prescriptions than Sandra and these models seem to rely on their internal radar.
Gepost door ogoloog op 03:12