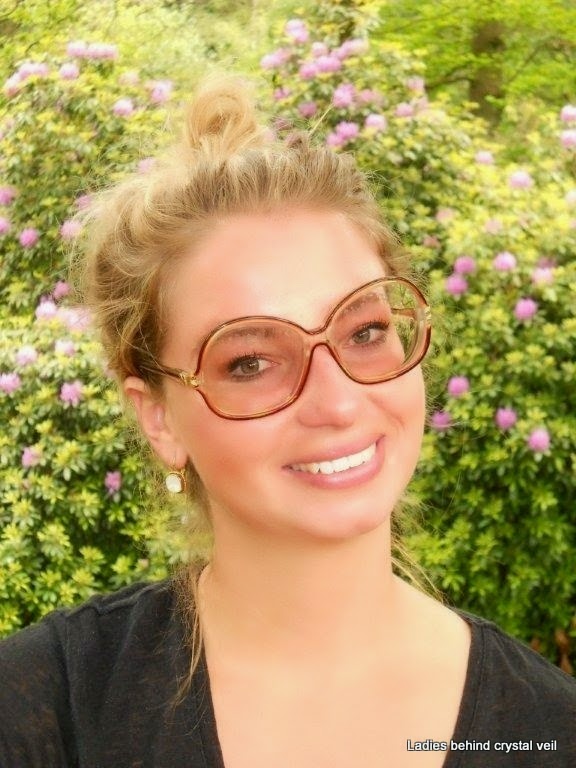 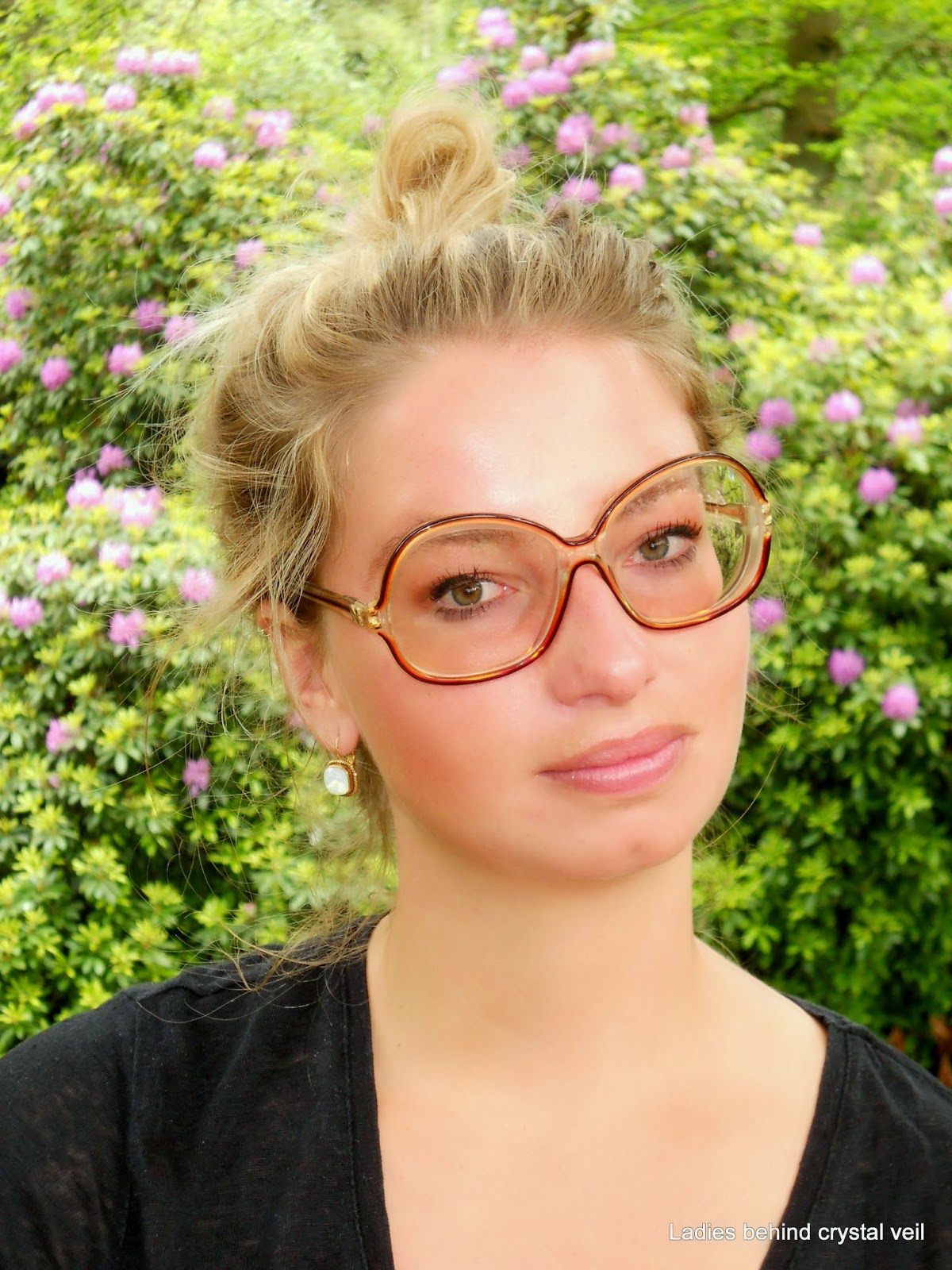 Nina Ricci was another top fashion designer who started a glasses line in the 1980's. The first owner of these glasses was a German lady in her early forties and these must have been her first glasses with progressive lenses.
If the glasses were acquired in the Netherlands, I would have estimated the year of manufacture in the late 1980's. There was only a very brief transition period from the large frames to the retro frames in Holland. The first retro frames appeared in the shops in 1988 and only one year later all large frames had disappeared from the shops. Abroad, the transition started a bit later and it took several years before the large frames disappeared from the shops in Germany.
Sandra liked these luxurious glasses straightaway and she was absolutely right. A perfect match!
Gepost door ogoloog op 23:51