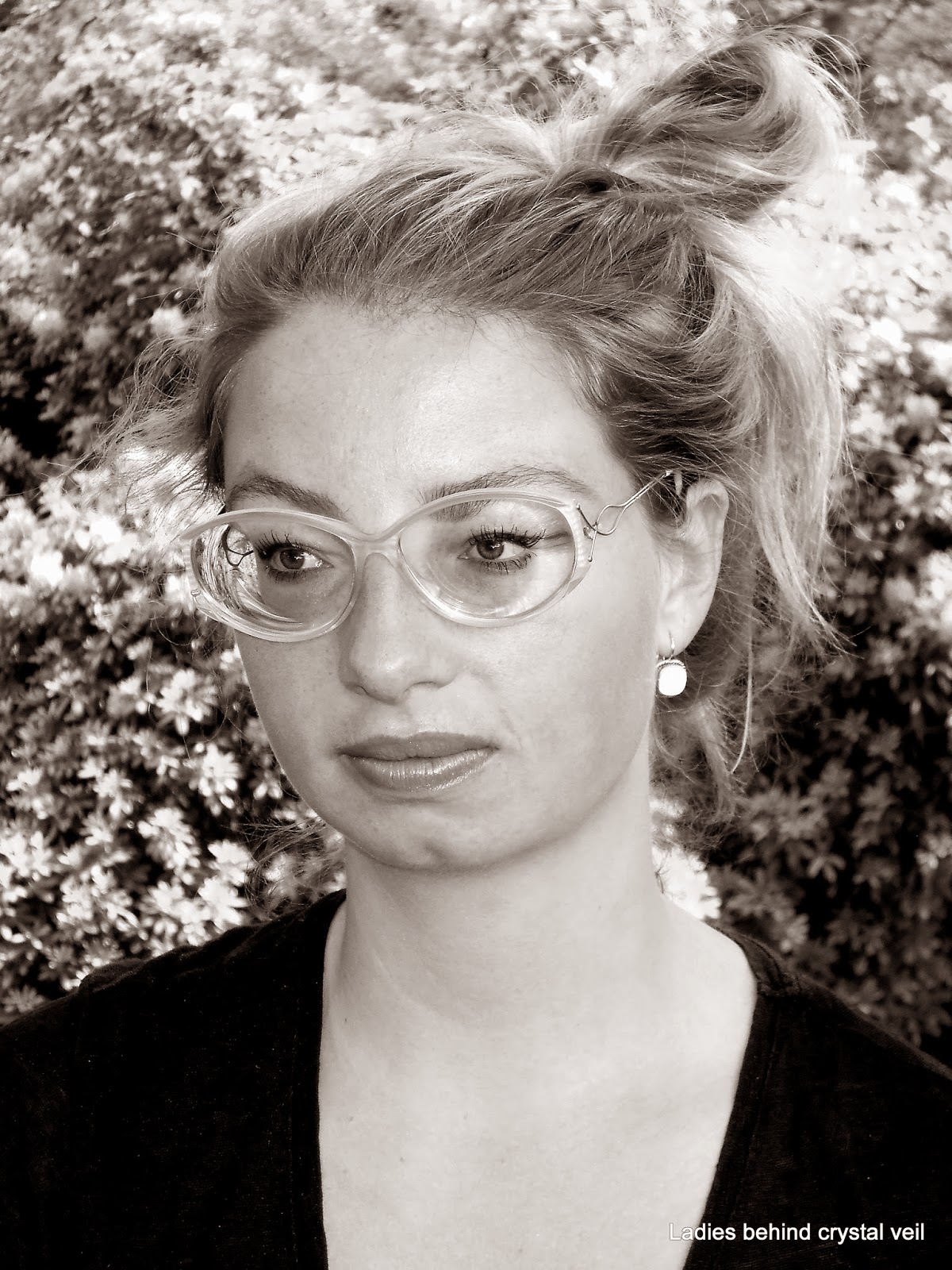 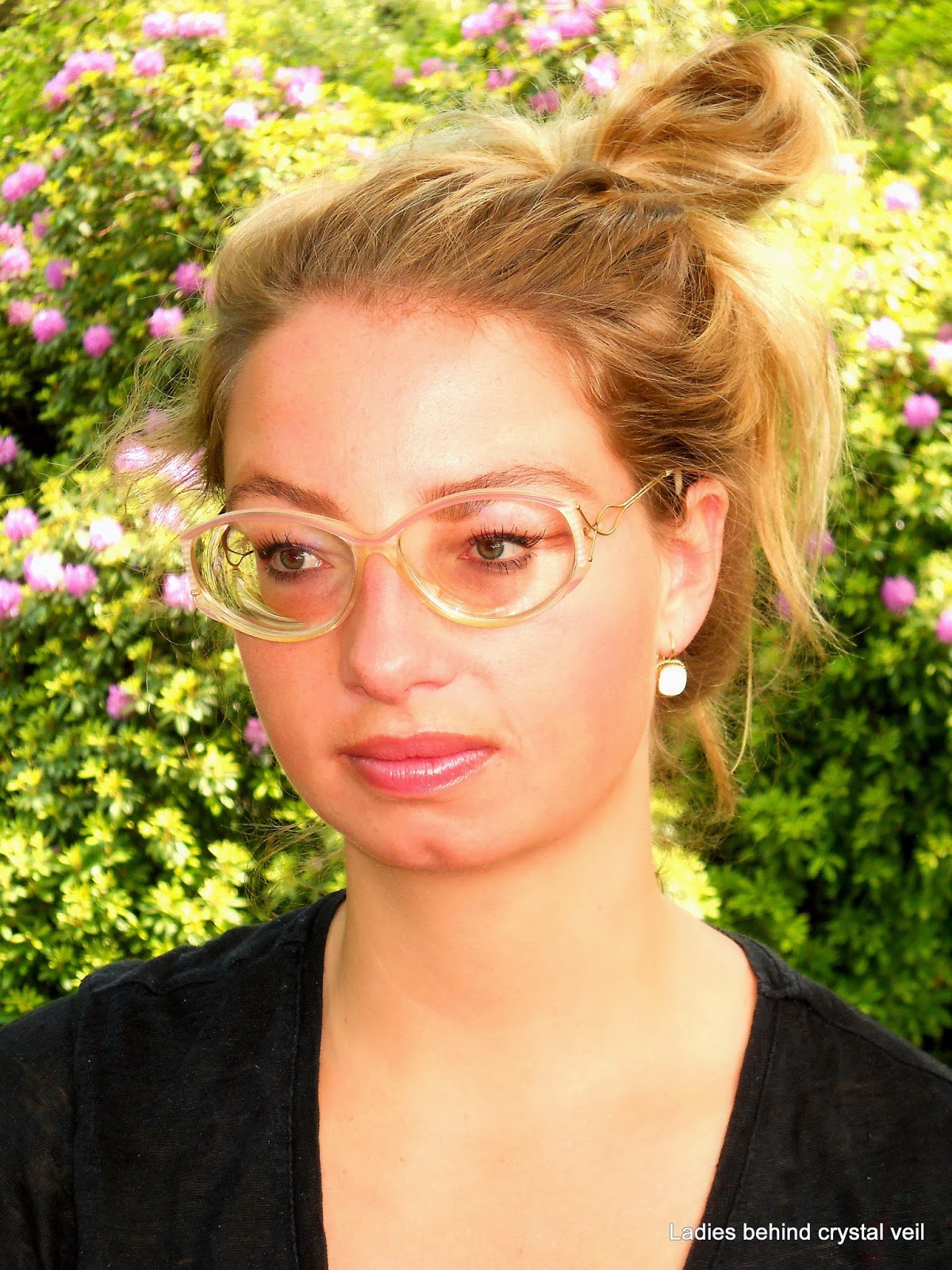 Sandra showing a mild and aesthetic far more pleasing version of the elongation effect in the corner of her left eye by the positive carrier lens. Here it's just a faint black stripe which could easily go for a deliberate accent in her make up.
Viewers with no previous knowledge of blended myodisc glasses can see the fascinating changes created by these intricate lenses in the final video clip that was made just before the opening of my first photo exhibition with "Ladies behind crystal veil" in 2010. My ten models and yours truly were waiting for the arrival of the press and we decided to have a brief rehearsal before the actual start of the catwalk. A highly experienced model called Carla was determined to do the catwalk in the Flair glasses although her own myopia was only minus two. Each model did a short fragment for a video clip and Carla made a deliberate choice for the Flair glasses. She remembered my navigation and instructions when she posed in the Flair glasses during her photo shoot and it was an amazing experience to watch the movements of her head in front of the video camera. (Go to Google --> You Tube Lentilux --> Ladies behind crystal 006). Half an hour later, Carla completely stole the show when she did her second round of the catwalk on five inch spikes, wearing the Flair glasses. And for the record, she made no use of GOC (glasses over contacts).
Gepost door ogoloog op 15:52