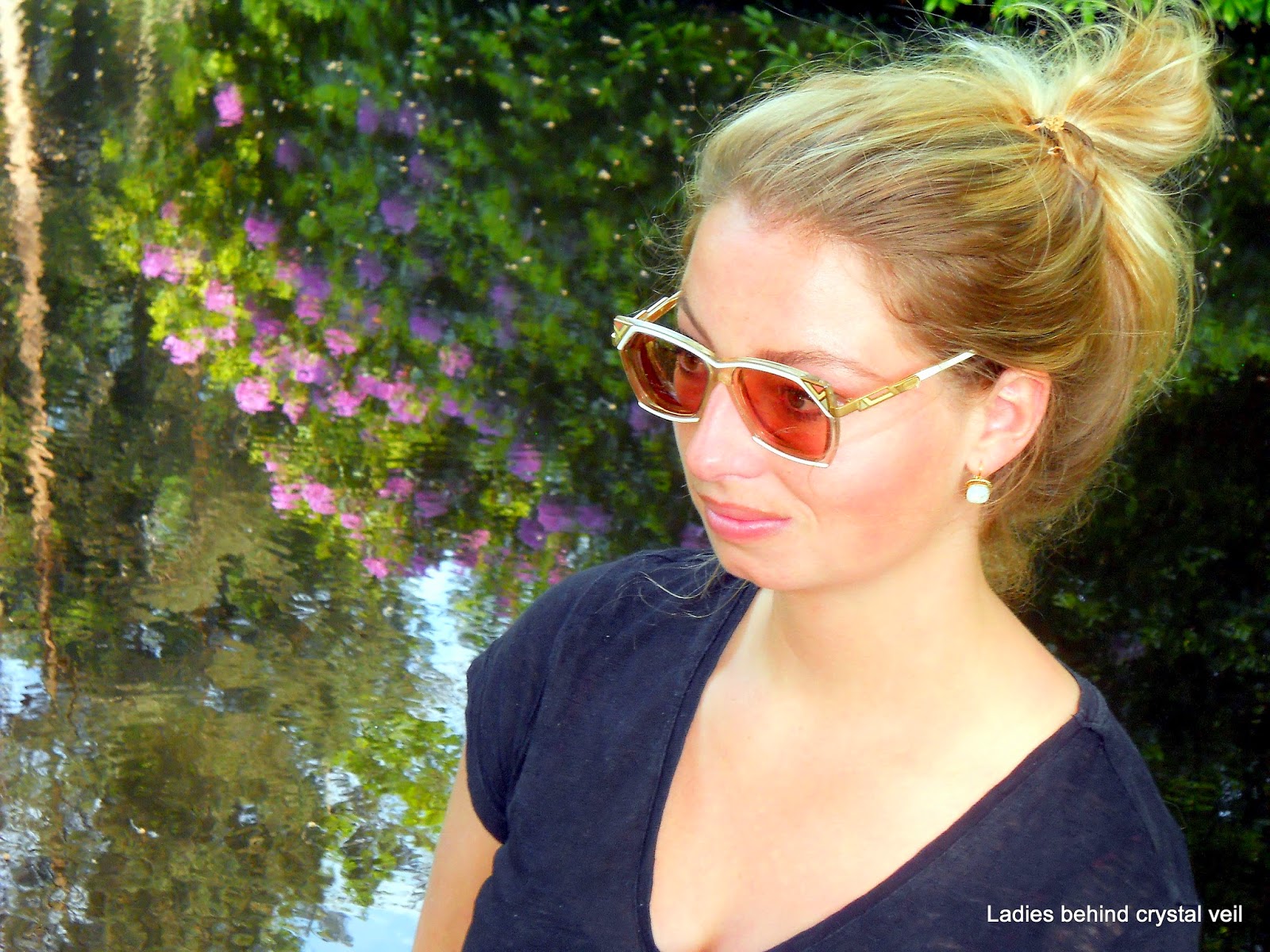 Cazal made their first appearance on the market in the early 1980's and they added something unique to it. They were consistent - one could always recognize a Cazal being a Cazal, even from the far end of the street. Their frames were clearly designed for ladies in search for "glasses with a statement". One of these ladies was Maureen from England who bought these striking glasses in 1996. Last year, I was approached by her husband Frank about myodisc glasses which - surprisingly - seem to be no longer available in the UK. Viewers with information on this subject are kindly requested to share this with me so that Frank can be helped in his search. After some email exchange, Frank wrote that his wife Maureen had an old pair of Cazal glasses and she would rather give it to me than throwing it away. A gesture much appreciated! Maureen is rather light sensitive so she always has her glasses fitted with tinted lenses. The glasses had to wait several months because of the huge amount of editing work on the series of photo shoots with freelance and full time professional models in Ireland. They were eventually featured in my second photo shoot with Juliette on May 5th but only one portrait came out fine. A few days later, I invited Sandra to do a photo shoot and needless to say, the Cazal glasses were in the initial selection brought along to the shoot. Sandra was keen to give them a try and we chose this picturesque spot on the slope to the pond to do a series of free hand photos. This is an unusual vantage point for glasses photography but the choice was given in by the sunlight that began to intrude through the canopy above us. Besides, the reflection in the water could add a quality of its own. To my relief, half a dozen photos came out sharp.
Gepost door ogoloog op 04:44