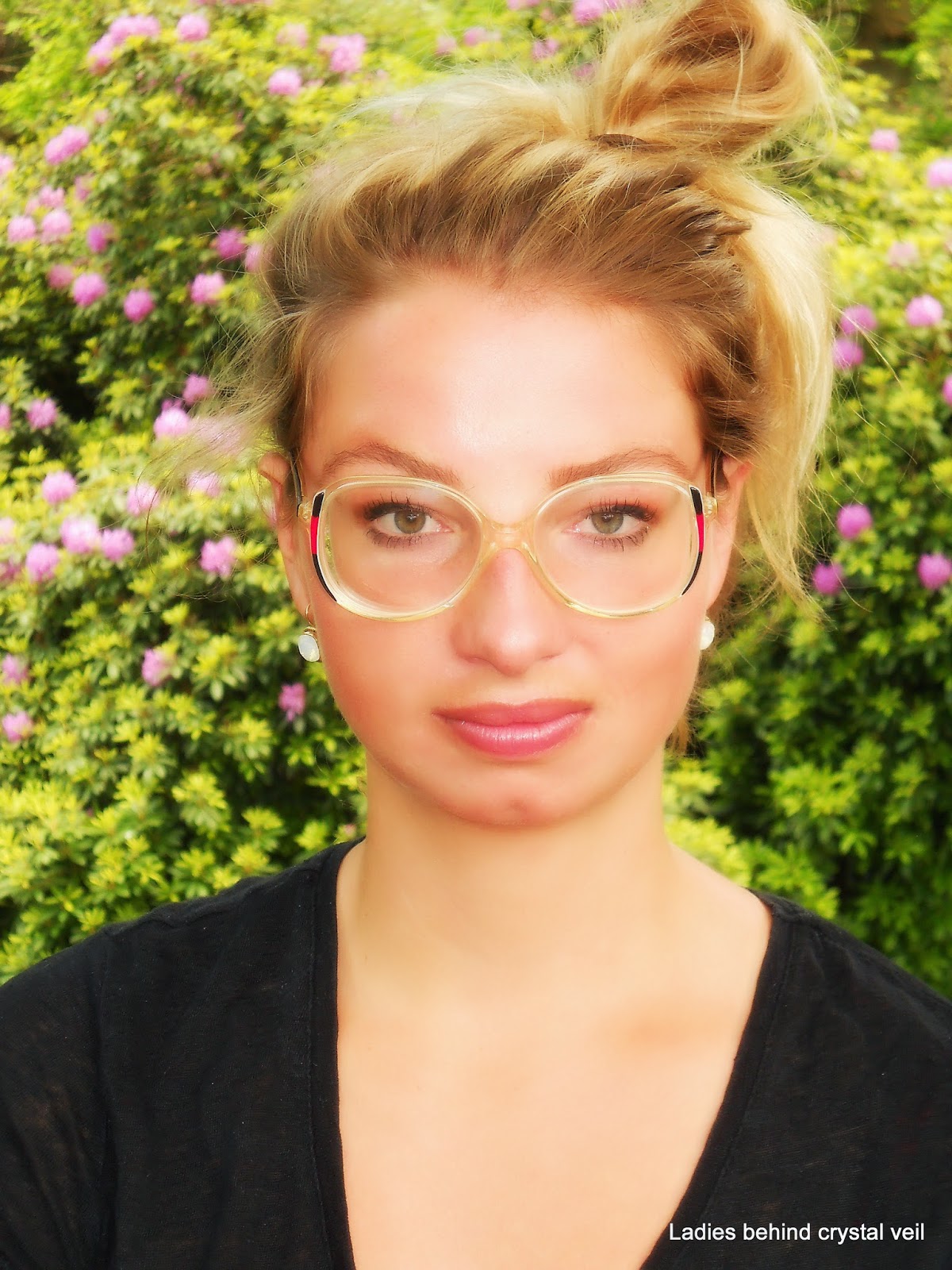 My collection hosts a number of glasses (eight to ten) by Lamy but I have little knowledge about this brand and so far, their glasses were only used in one or two photo shoots. They must have been in business at least since the late 1960's but their best efforts seem to have been made in the late 1980's and early 1990's. When the unedited version of this portrait first appeared on my computer screen, my thought was "I don't know what it is, but there is something there". A lot of careful editing went into this portrait until the atmosphere was just right. The glasses add a subtle accent to Sandra's face and there is a touch of mystery in her posing. This is one of my favorite portraits in this photo shoot. Big compliment to Sandra!
Gepost door ogoloog op 15:47