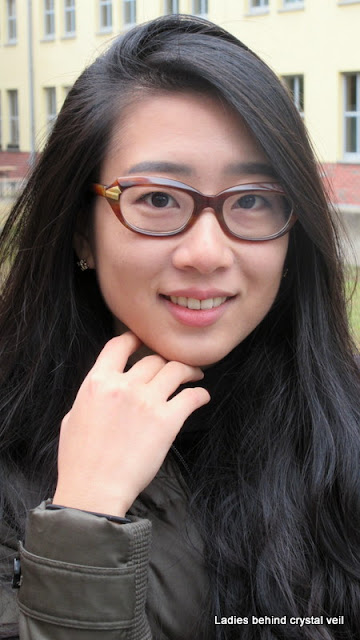 The love summer of 1967 marked a new change in fashion. Those were the days of flower power and the arrival of the hippie scene. The change soon became visible in frame design as well. The very first larger frames appeared by the end of 1967 and within a year, the small, solid frames were considered a thing of the past. Of course some frames from the late 1960's remained loyal to the conservative style and the Gladys glasses shown here by Clare are a fine example. The lens for the right eye gave Clare almost perfect eyesight.
Gepost door ogoloog op 02:01