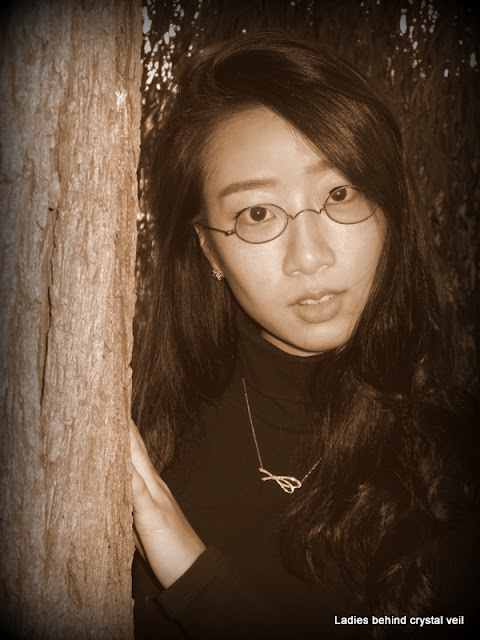 Back in 1900, most photography was done in sepia and all eyewear was unisex. There were three options for people with bad eyesight: the lorgnet (also called face à main) which was popular among the upper classes, the pince-nez which was mainly chosen by the upper middle classes, and steel glasses with straight arms were for the lower middle classes. Amazingly, steel glasses like the antique pair shown here by Clare were frowned upon by the rich who preferred the rather unpractical alternatives. It's possible that the rich disliked the steel glasses as they could be associated with the need of full time wear. Glasses only became fashionable - to some extent - during the 1950's.
Gepost door ogoloog op 05:51