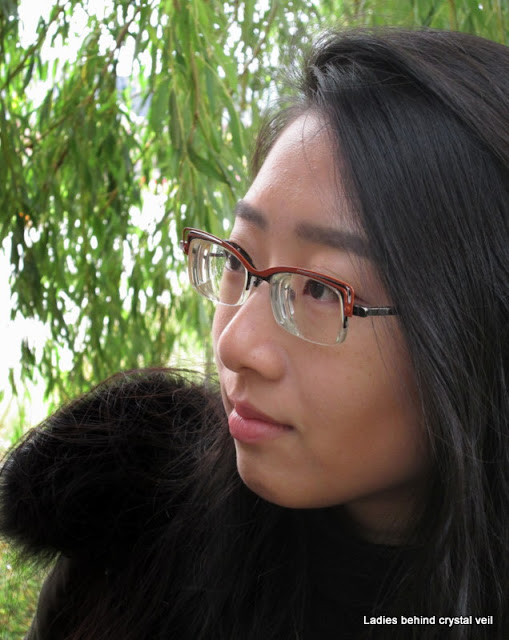 The romantic story about how these Zenka glasses played a role in the start of my photography project can be found in the previous photo shoot (Monique 095) so there is no need to repeat it here in full. They were the glasses used by my life partner Nel when we first met and she gave them to me a few months ago. I brought the Zenka glasses to Berlin with Monique in mind who has a PD similar to Nel's. The glasses were a perfect match for Monique. After seeing Clare posing in two earlier glasses given to me by Nel, I suggested to Clare that she might give the Zenka glasses a try as well. The frame was bought in 2006 but Nel needed an increase a few years later so the lenses are stronger than the lenses in the Luxottica and Augusto Valenti glasses. High myopia tends to be progressive but in Nel's case it's a slow process so neither of us is particulary worried about it.
Gepost door ogoloog op 15:32