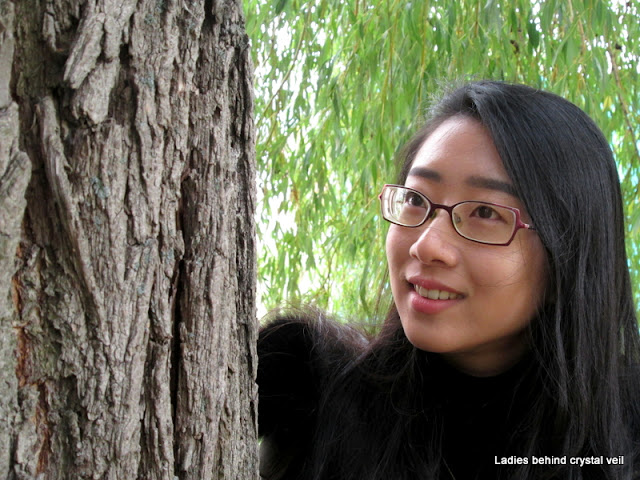 Nel gave me the Augusto Valenti glasses soon after the start of my photography project in 2009. The glasses were liked by many models and featured in a dozen photo shoots (Rachel 118, Astrid 380, Caroline 046, Farishta 351, Marleen 146, Nel 191, Leonne 128, Connie 031, Christien 078, Claudine 065, Claudia Allegonda 018, Juliette 069). The glasses then dropped out of sight until I selected them for the trip to Berlin, along with Nel's next pair of glasses by Zenka. As shown in the previous photo shoot, the Zenka glasses were a perfect match for Monique who has a PD similar to Nel's. Claire arrived the next day and the Augusto Valenti glasses were still lying on the table. Clare has a considerably smaller PD than Monique so she did not seem to be an obvious candidate. But Clare liked the style, so why not give them a try? In my opinion, there is nothing wrong with the effect of the Augusto Valenti glasses on Clare's face in this pleasant capture. Again, the vantage point was chosen with great care.