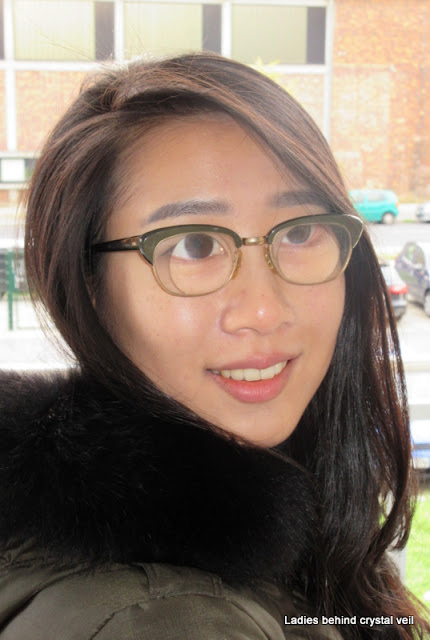 There were no contact lenses available in the early 1960's, let alone IOL implants or laser operation. So everyone with extreme myopia was wearing myodisc glasses. And everone who underwent a cataract operation had to try and get used to wearing lenticular glasses in daily life. Both categories of extreme glasses were all but rare sightings in the streets of my native Amsterdam. Girls and women in myodisc glasses were shy when you looked at them but otherwise they did not give one the impression of being handicapped. It was different and arguably more difficult for people who were dependent on cataract glasses. Especially estimating the distance of objects was problematic and of course the centrifugal force of lenticular lenses meant a seriously restricted peripheral view. Glasses like these are now extinct in the streets. Adding IOL implants is now standard practice after a cataract operation.
Gepost door ogoloog op 03:57