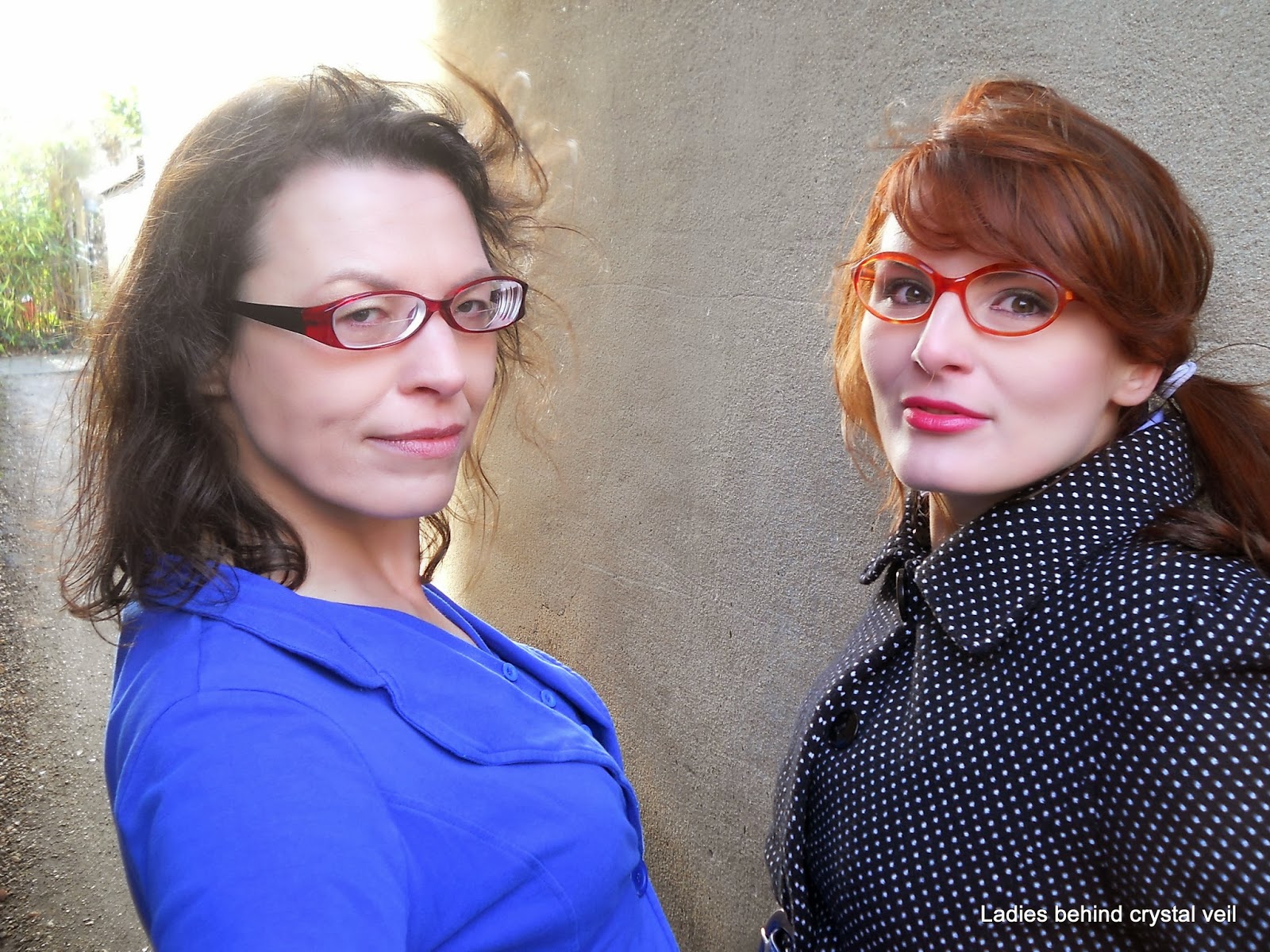 Here mother and daughter Juliana are showing glasses with an amazing age difference of no less than four decades.
Mother Juliana is posing in a pair of Zenni glasses with a bit of history attached to it. They were the third pair of glasses I gave to my partner Nel, back in 2010. Zenni does not manufacture bifocal or progressive lenses above minus ten and as Nel has a slightly higher prescription, so I ordered just the frame and then added the reading segments that were supplied by stickonlens. The glasses had the correct prescription but Nel could not get used to the switch from her progressives to bifocals and back. However, Nel used them in a photo shoot done in 2010 (Nel 342-353) and she delivered a magnificent series. One of these portraits was subsequently edited and shown at my first photography exhibition with "Ladies behind crystal veil" in the autumn of 2010. Mother Juliana is the second model posing in these glasses.
Daughter Juliana is posing in orange bifocals made by Metzler during the late 1960's. The dividing line of the reading segments is more discrete than in the Zenni glasses but nevertheless visible. Orange was the almost exclusive frame colour for blondes during the mid 1960's when glasses were small and compact. From 1967 onwards, frames got bigger and new materials were introduced. The Neostyle glasses shown earlier on by Juliana and these Metzler bifocals were among the very last orange frames that appeared on the market.
Given the age gap of forty years, the style contrast between the Zenni and Metzler glasses is less extreme than might have been expected. In fact, Zenni produces many glasses with style elements from the past, which is great.