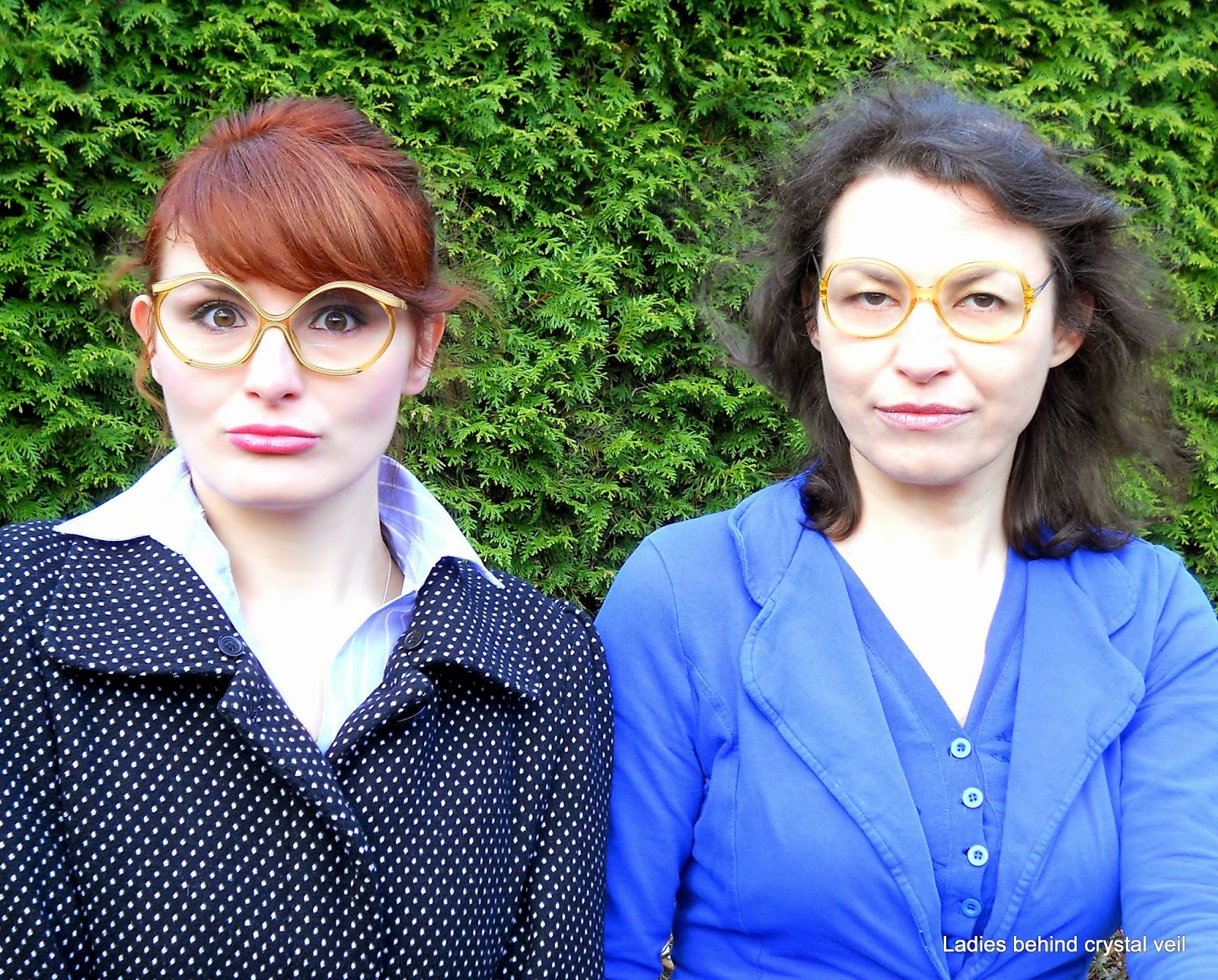 Mother and daughter Juliana posing in classic glasses from the 1970's and 1980's when design was at its creative peak. The glasses shown by mother Juliana were a bestseller for Viennaline around forty years ago. My collection hosts four examples of this airy frame, all but this one used during previous photo shoots. This pair could not be used earlier on because of the strong cylinders in the lenses - and then there was mother Juliana who could see fairly well through the glasses :). The bold glasses shown by daughter Juliana were made by the great Christian Dior and a true master piece, even by his standards.
Gepost door ogoloog op 15:43