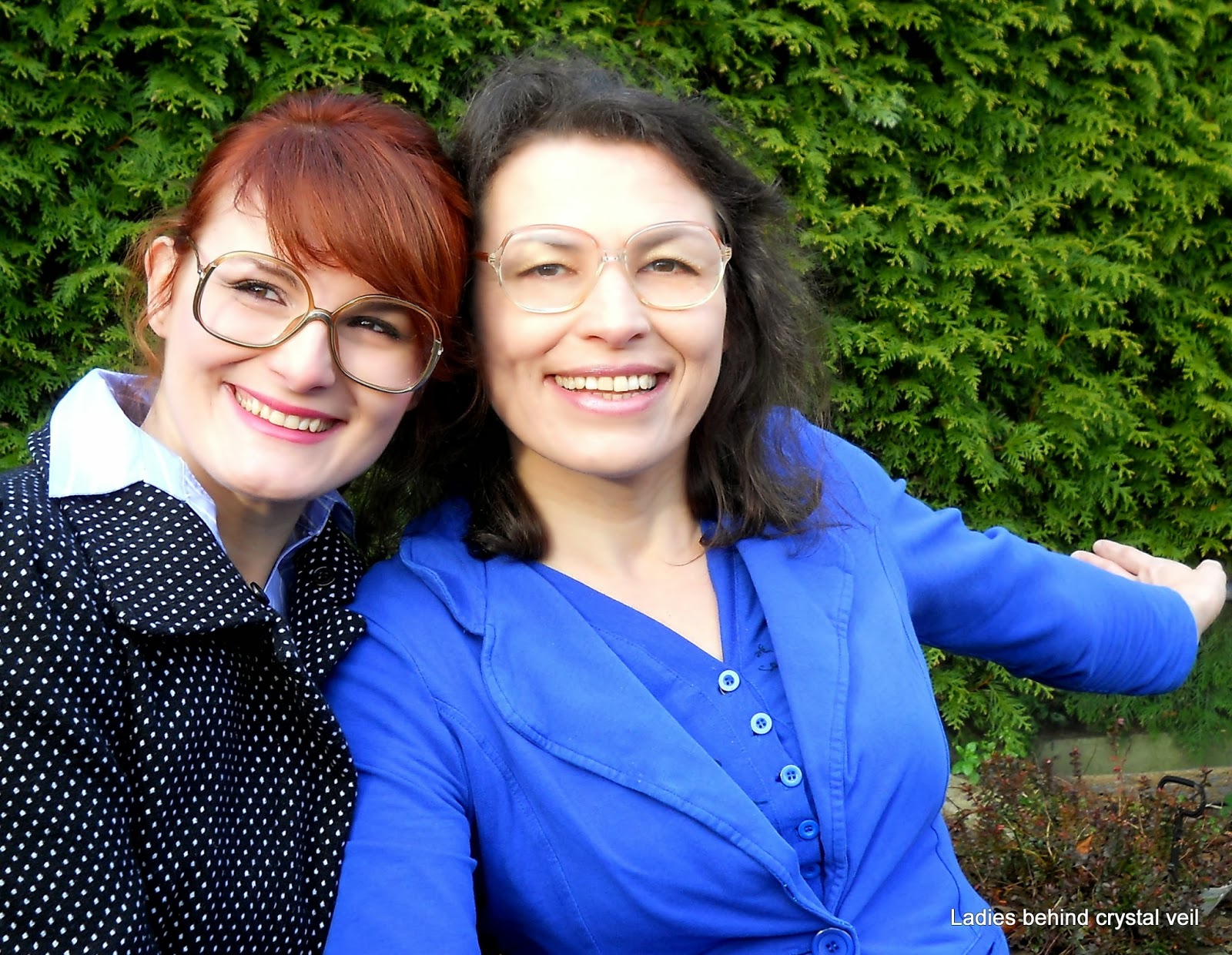 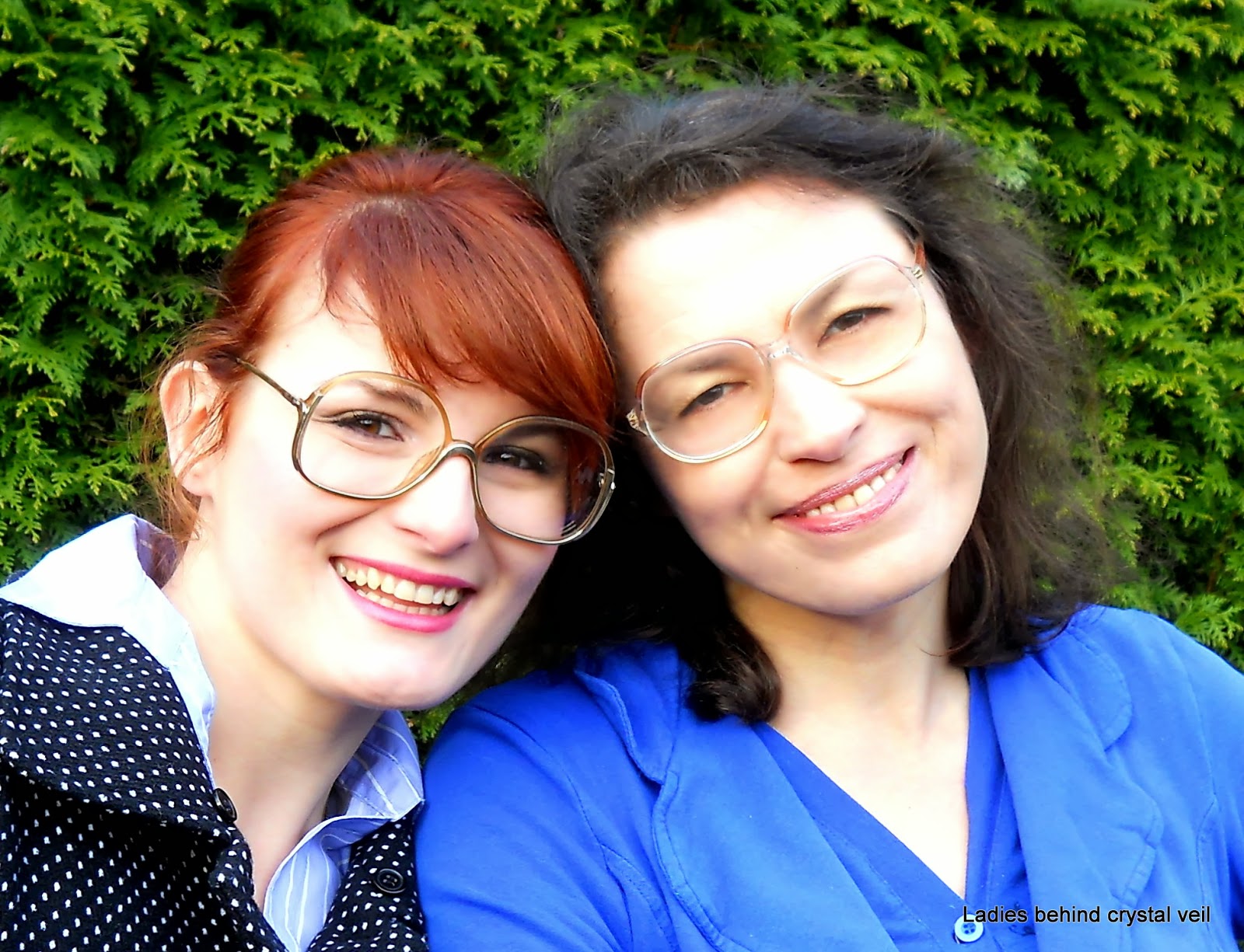 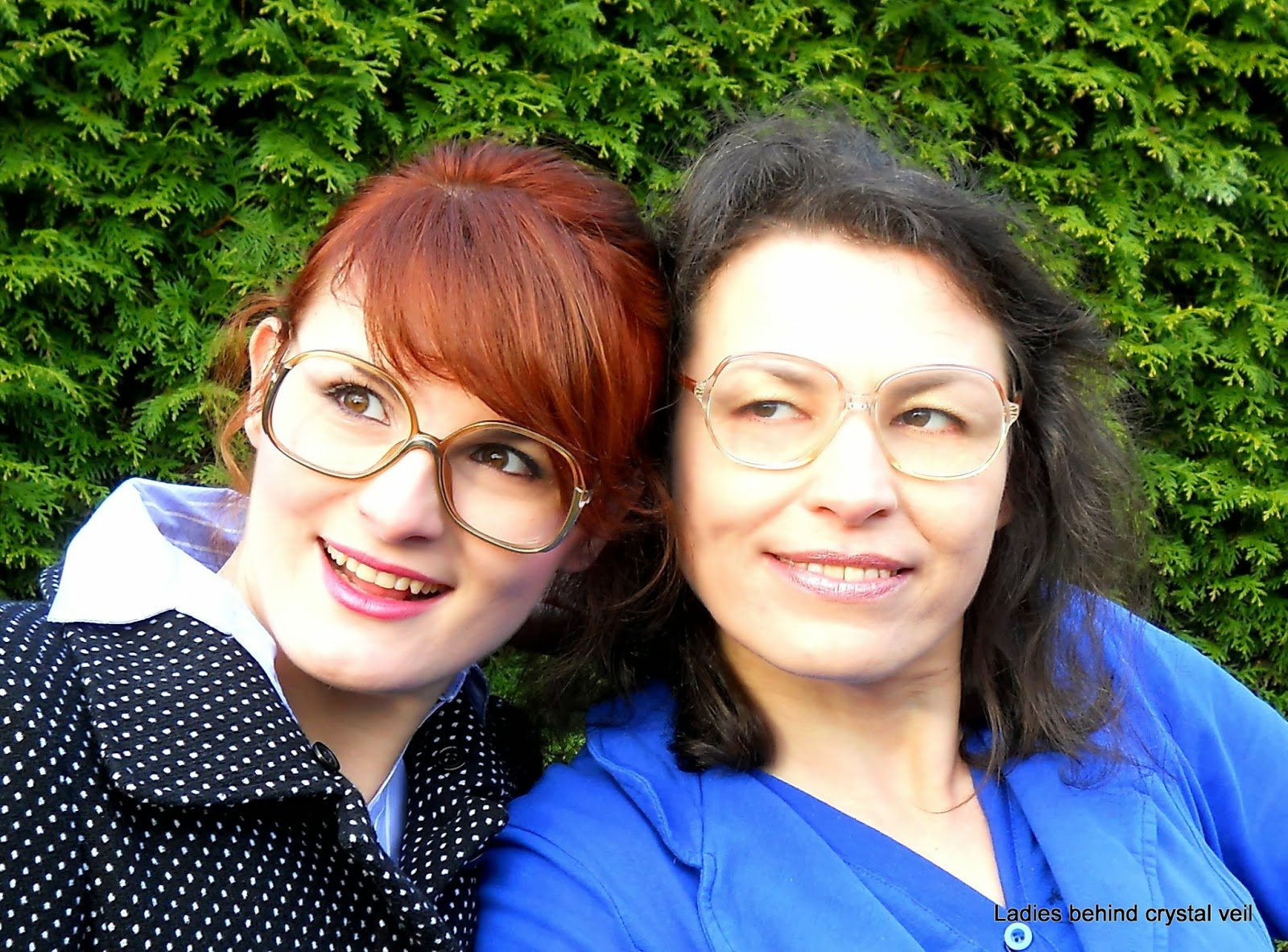 These three double portraits show what glasses fashion was like during the late 1980's but above all, they illustrate the close bond between mother and daughter. Their identical names were not a real handicap during their photo shoot - just the occasional moment of confusion from my side. The atmosphere was quite relaxed and later described by daughter Juliana as "very warm". Good! Her Christian Dior glasses were acquired in Germany during the preparation of my second photography exhibition with "Ladies behind crystal veil". The lenses are progressives and it was fun to hear Juliana's reactions when she checked how this lens type works. My photo shoots always include a bit of free lecturing about glasses - history, frame fashion and of course, the effect of the lenses.
The Petunia glasses shown by mother Juliana were not used in any previous photo shoot because of the fairly strong cylinders in the lenses. The glasses gave the model mono vision as the lens for her right eye is minus three (sherical) above her own prescription. The lens for the left eye is fairly close to Juliana's own prescription and as a result, her left eye is "leading" in this series. The marble structure of the frame was an invention of the late 1980's. The glasses were acquired in a charity shop in the UK near the turn of the Millennium. Mother Juliana poses in a fine, relaxed manner and she did not seem to be bothered by the mono vision.