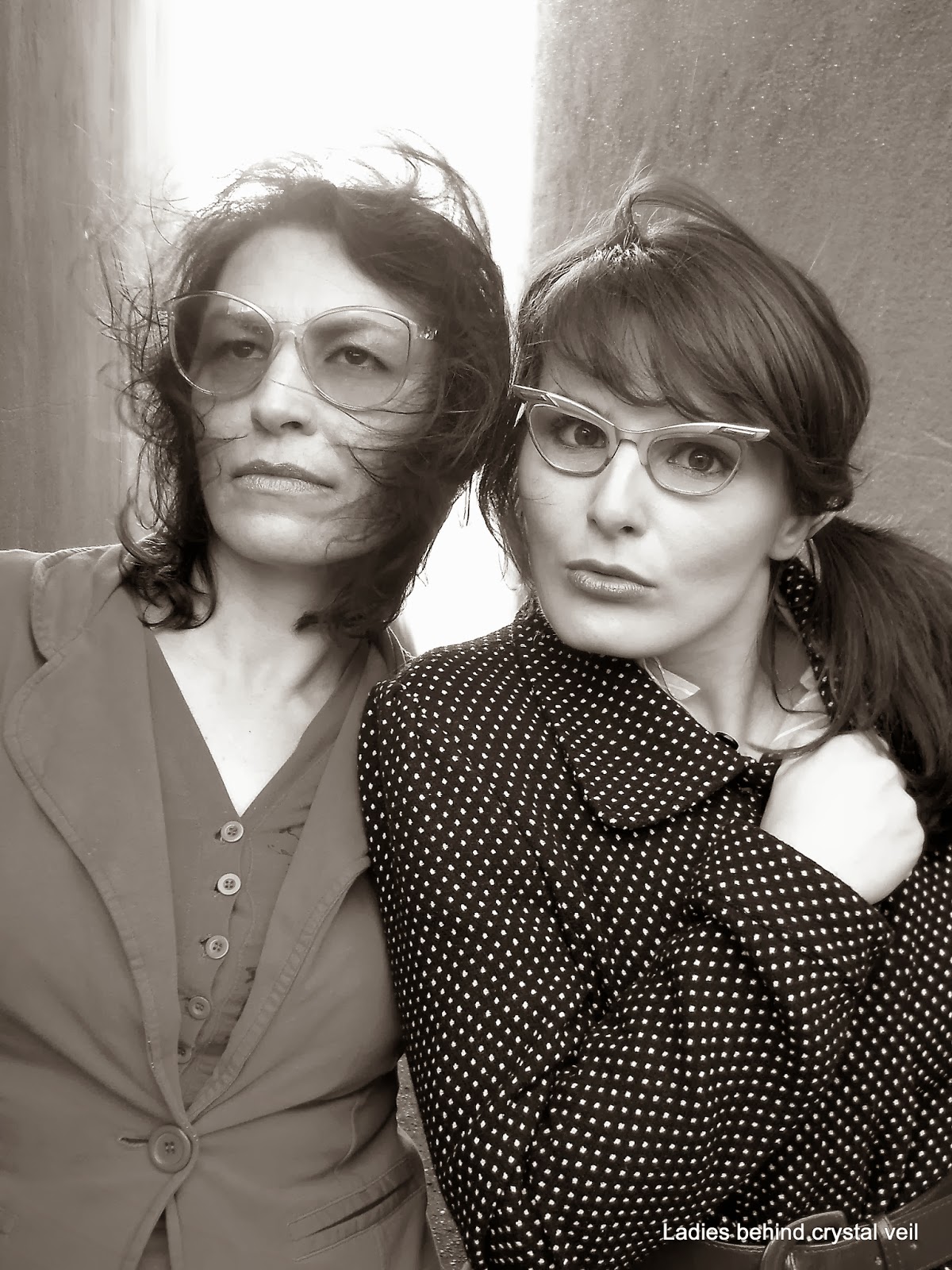 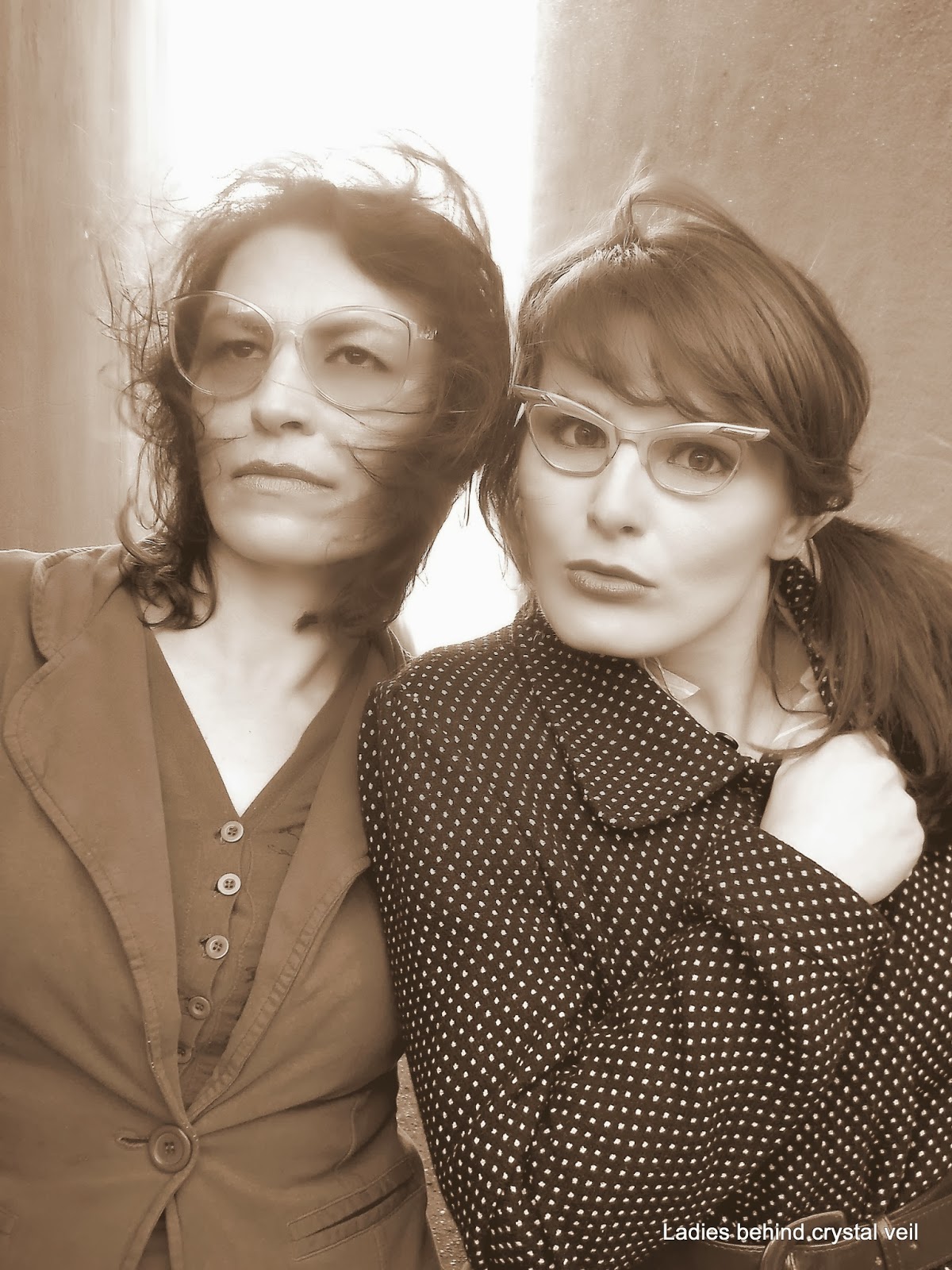 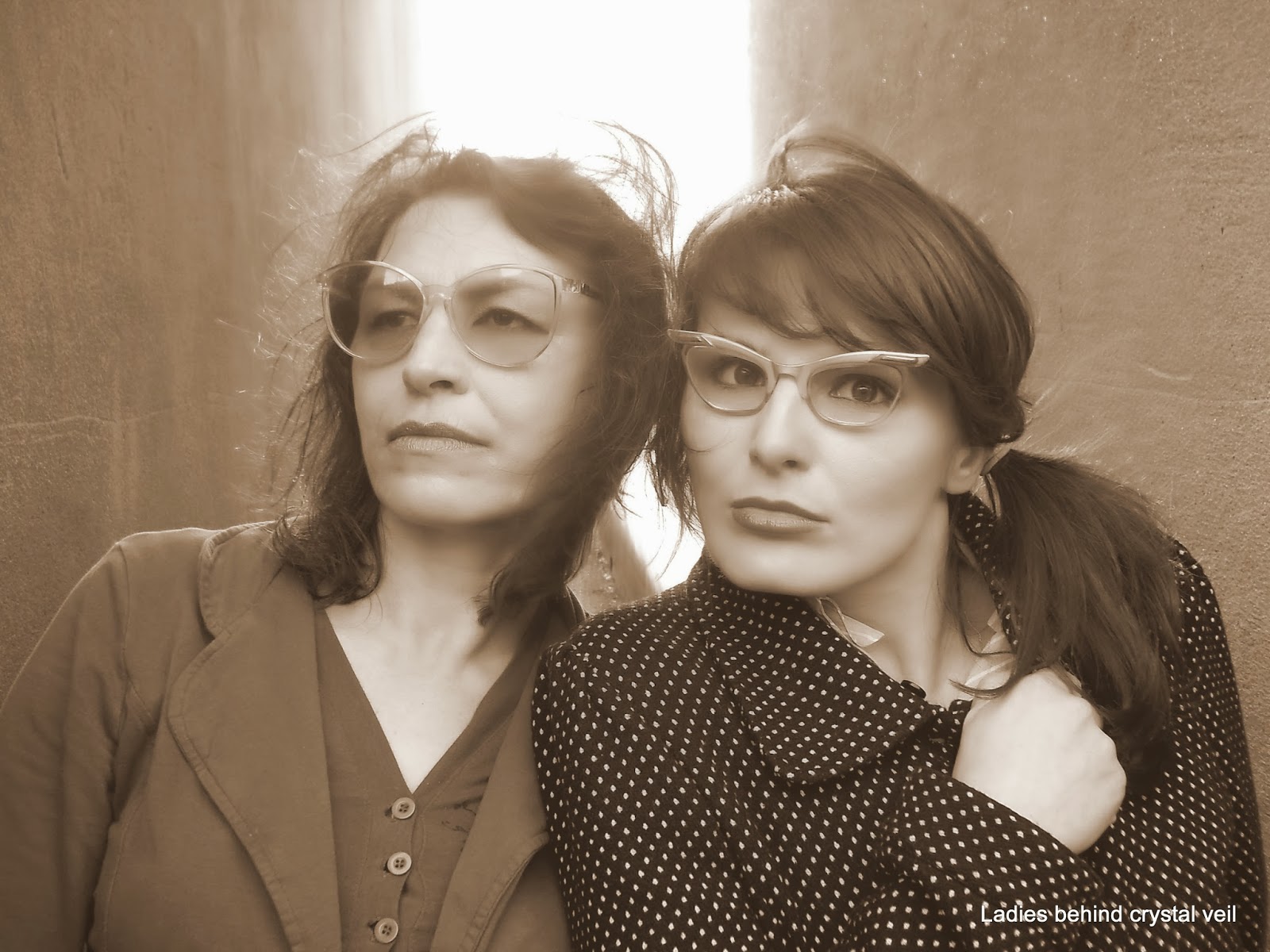 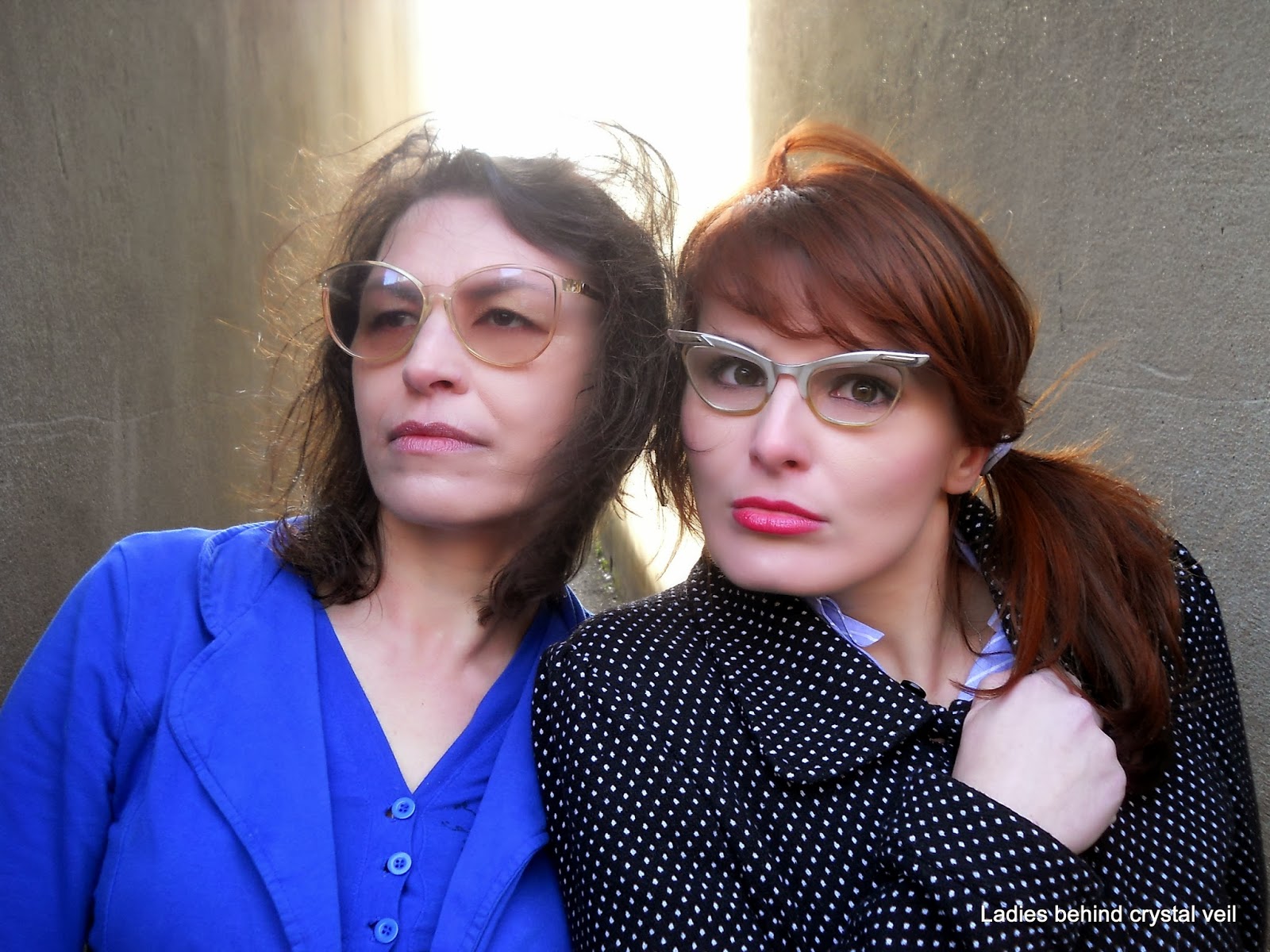 More photos from the wind swept alley - mother and Juliana posing in glasses from different generations. A giant contrast in styles.
Mother Juliana is showing a large pair made in the 1980's by the house of the famous fashion designer Elisabeth von Fürstenberg. My collection only hosts a few glasses from this brand. The glasses gave Juliana fair eyesight as the lenses are not far from her own prescription. The glasses were only used in one previous photo shoot (Astrid 608).
Daughter Juliana is posing in a classic pair of vintage cat eye glasses made in the early 1960's by Algha. The lenses are trifocals and this was a novelty at the time. The first owner of the glasses was delighted when she discovered the advantage of trifocals compared with her previous bifocal glasses. Her daughter told me this when she gave me the glasses of her recently deceased mother in the mid 1990's. The glasses were only used in a few previous photo shoots (Léonne 019 on my second weblog, Bonnie and Leah on the present weblog) but instantaneously liked by the models. Over the years, I noticed that the cat eye style really has an appeal on models born long after the style vanished from the streets. Daughter Juliana was no exception and she managed a posing style that would have amazed the lady who first owned the glasses. Great!
Gepost door ogoloog op 23:47