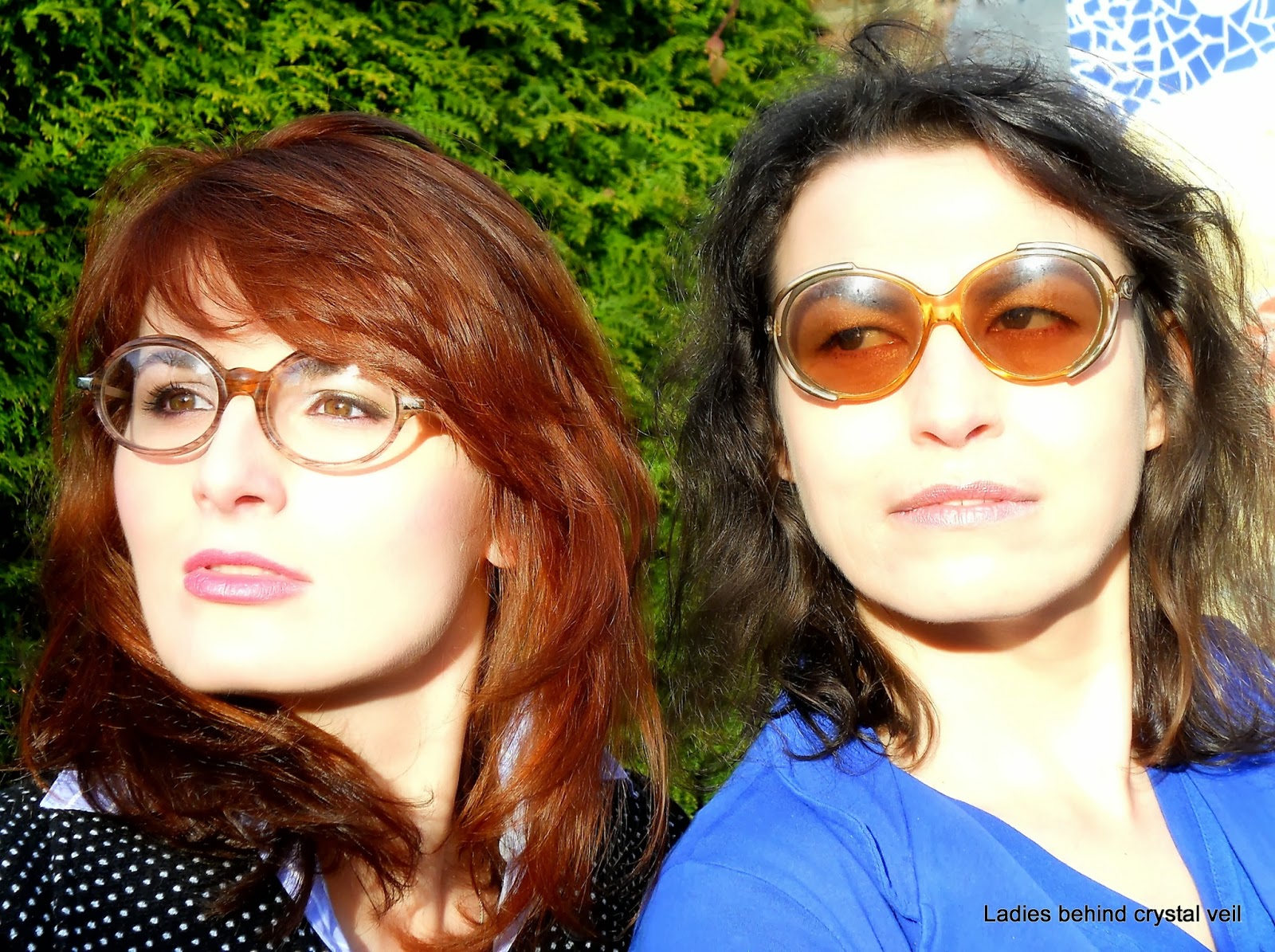 Mother and daughter Juliana posing in oval glasses from the 1970's. The glasses shown by mother Juliana were made by none other than the great Christian Dior. The Rx of the progressive lenses is quite close to the model's own prescription and Juliana commented that the glasses gave her good eyesight. Protection against the sharp light of the winter sun as well, presumably. The glasses were acquired in Austria, some ten years ago. They were not used in any of my previous photo shoots. There is no serial number on the arms and it is my belief that the glasses were made only a couple of years after 1976 when the first Christian Dior glasses appeared on the market and took the stage by storm.Daughter Juliana is posing in glasses made by Morel, probably in the early 1970's. The frame is made of plastic but it looks like wood. Nice! Glasses made of real wood were in the shop windows of opticians in 1966 but I never saw them in the streets. Clearly ahead of their time, the glasses disappeared from the shops within a few months.
Gepost door ogoloog op 19:35