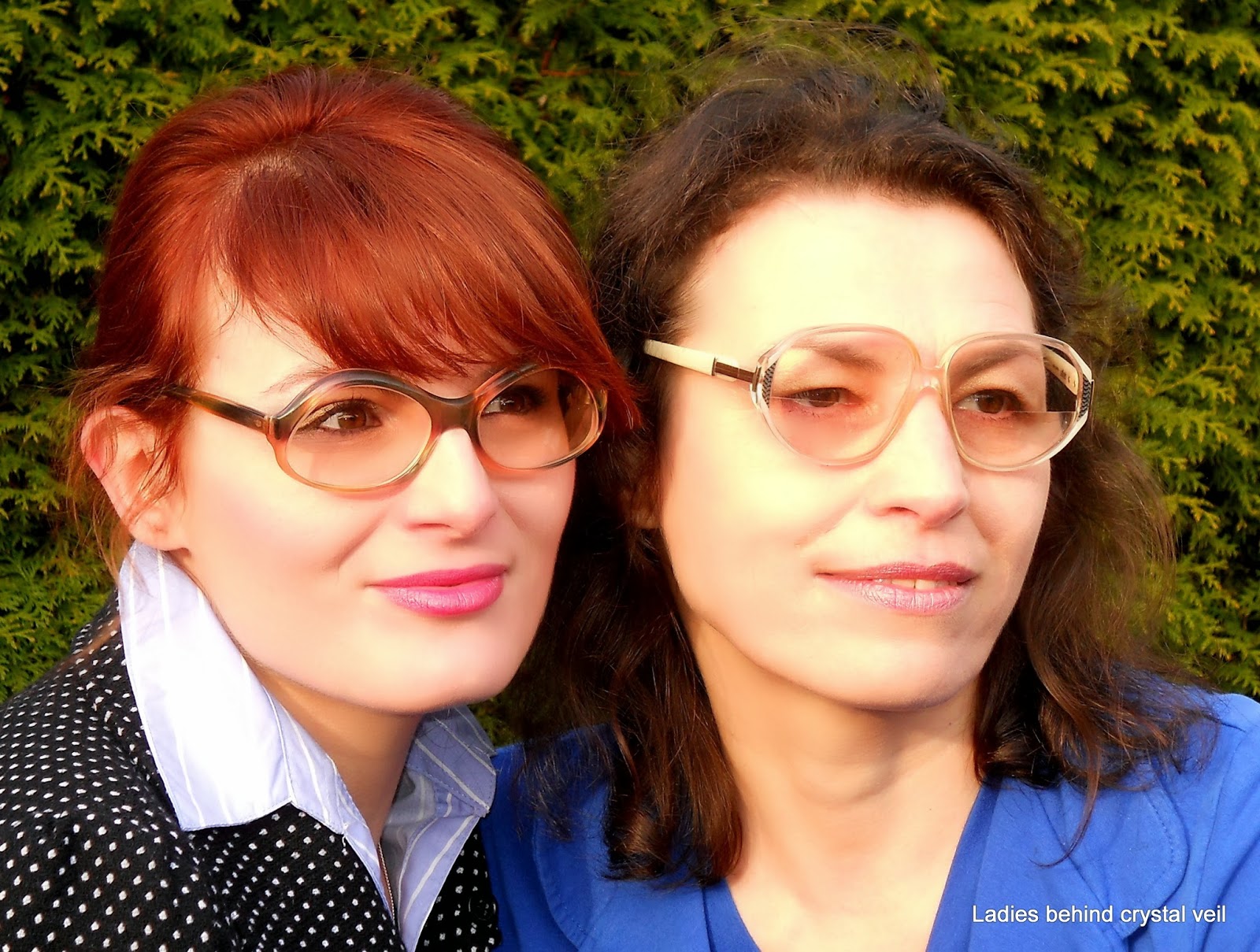 The golden era of the 1970's and 1980's brought entirely new dimensions in the design of glasses. The size of the frames alone was a dimension in itself but the new materials and especially the revolutionary frame shapes were truly amazing. Here mother Juliana is showing one of the many striking glasses produced by the Silhouette company from Austria. The lenses are so called executive bifocals and rarely seen nowadays. The glasses were acquired in a Dublin charity shop near the turn of the Millennium. They were not featured in any of my previous photo shoots. By contrast, daughter Juliana is posing in one of the most popular glasses from my collection. The glasses are called "Venus" and were bought at the famous "Waterlooplein" flea market in my native Amsterdam during the second half of the 1980's. What sets these glasses apart is the unique shape of the eyebrow line. The lenses are minus two and in rather poor condition, indicating that the first owner of the glasses used them for many years. I can't remember ever seeing these "Venus" glasses in the streets.
Gepost door ogoloog op 10:40