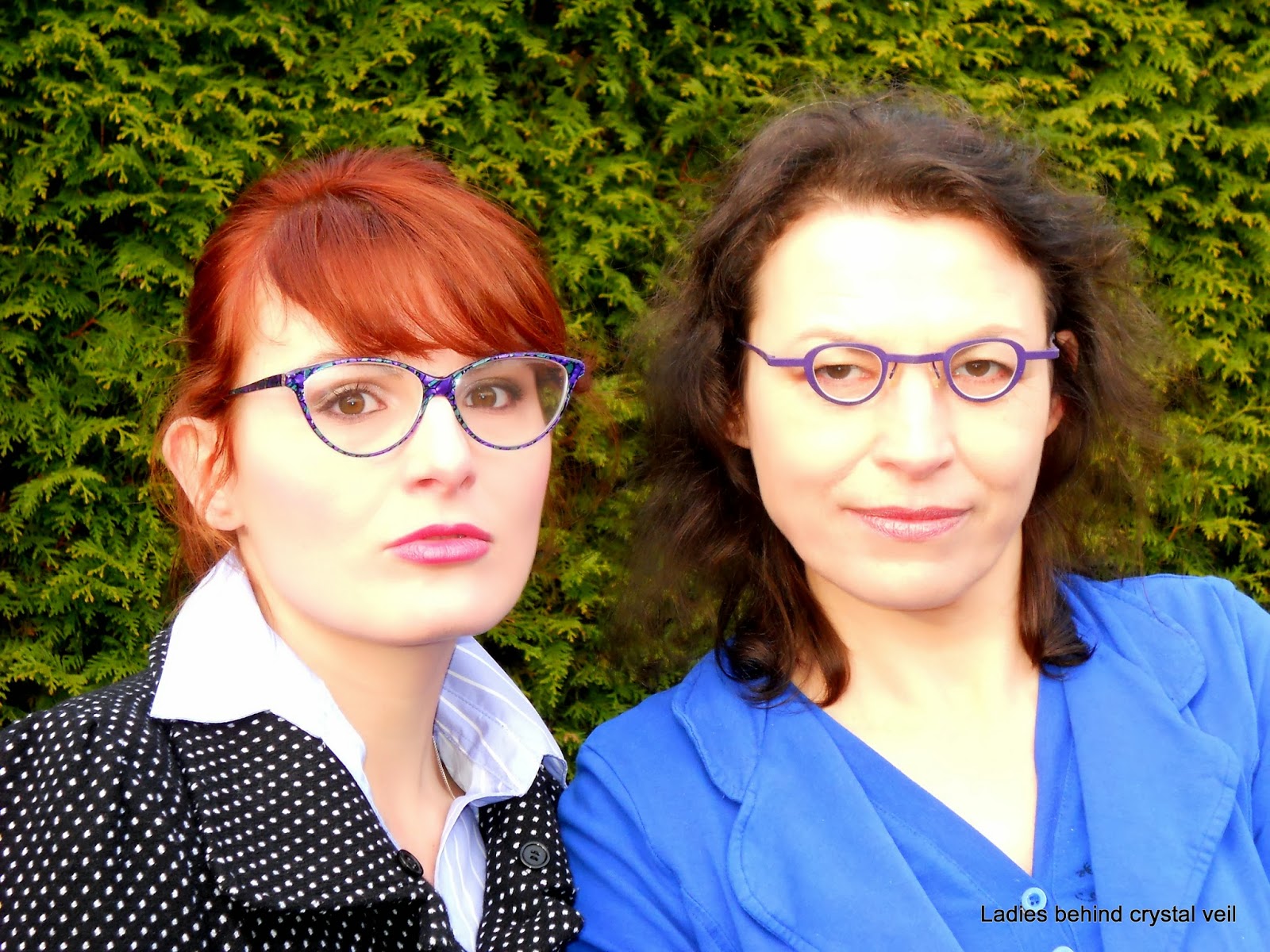 This double portrait of mother and daughter Juliana is an illustration of the change in fashion when the retro era set in. A modern mother who made the switch to retro glasses while her daughter still sticks to the fashion that preceded it. Mother Juliana wears a pair of tiny retro glasses given to me by a friendly optician from Germany. The present existed of four or five retro pairs with the same Rx fairly close to Juliana's own prescription. It was my intention to bring them all to this photo shoot but regrettably, this was the only pair I could find back. Daughter Juliana is showing a pair that was sent as a present by a friendly collector from London. The glasses, called "Amanda", have been a favourite among my models ever afterwards so they are featured in many photo shoots. They can also be seen in one of the video clips of the catwalk at the opening of my first photography exhibition with "Ladies behind crystal veil" (see You Tube Lentilux).
Gepost door ogoloog op 23:58