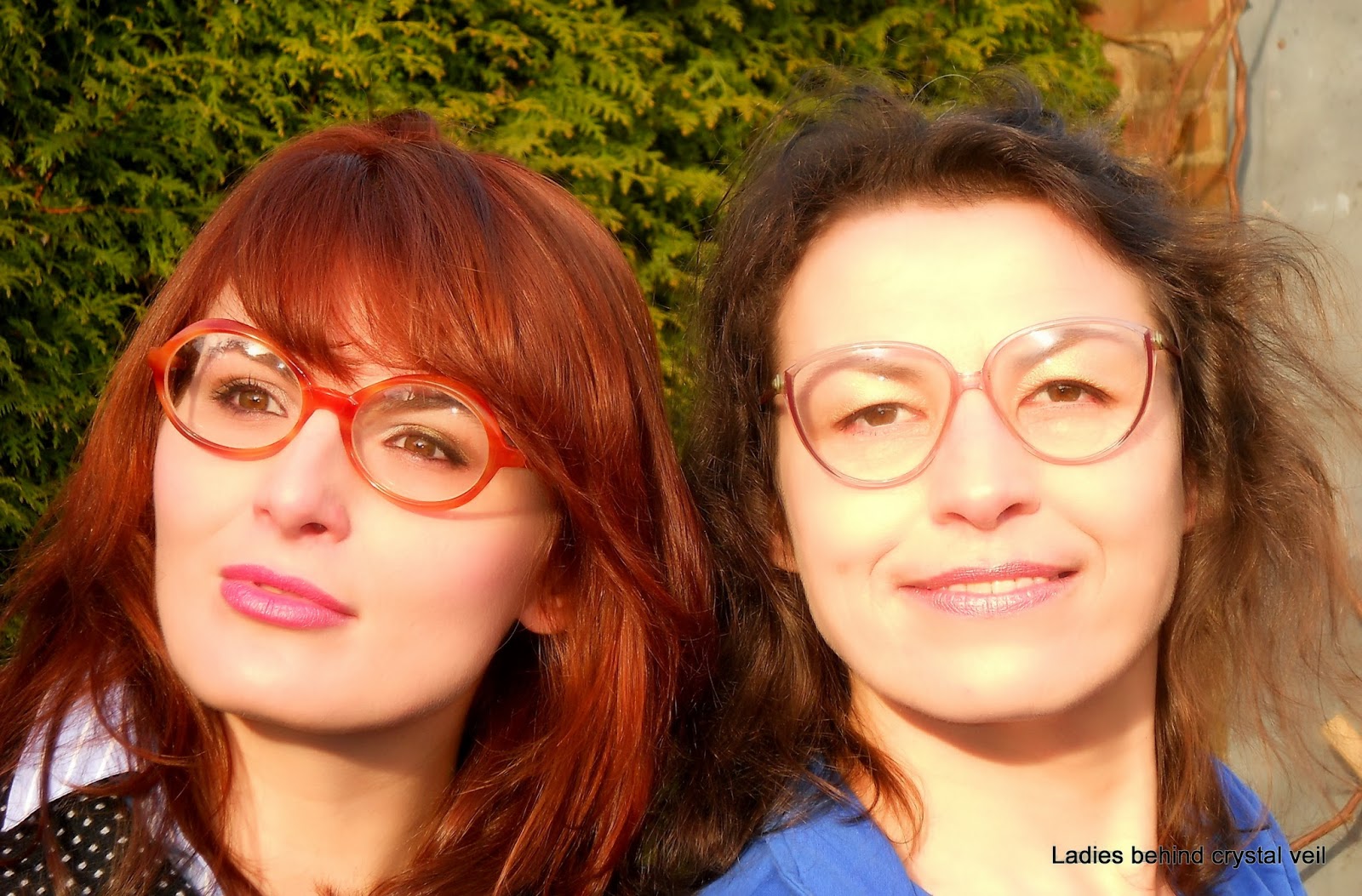 The glasses in this series of portraits show the beginning and the end of two glorious decades for eyewear, the 1970's and 1980's. In my native Amsterdam, frames started to get larger in the slipstream of the love summer of 1967 and the influx of the hippie culture. Between 1967 and 1970, new glasses showed elements of transition between the style of the mid 1960's (small, compact frames) and the 1970's when frames gradually became twice the size of the old style.
Daughter Juliana is posing in "Vela" glasses made by Neostyle around 1970. The orange colour of the frame is the style element of the mid 1965 when every blonde was strongly advised against dark frames and orange was the fashion colour par excellence. The shape and size of the frame is characteristic for 1970.
Mother Juliana is posing in a refined pair of bifocals made by Silhouette in 1988, the year in which retro fashion started to take over in optician's shops. Although not retro yet, the glasses look definitely "winded down" compared with the brilliant styles Silhouette introduced during the preceding fifteen years. I witnessed this transition during the late 1980's and it struck me that the fantasy and creativity of the designers seemed exhausted. No more new dimensions were added and very soon, the party was over.
By the way, the party in the garden was over as well. After finishing this series, the models and their driven photographer took a tea break and then went to a nearby location that offered more shelter against the merciless sunlight.
Gepost door ogoloog op 05:06