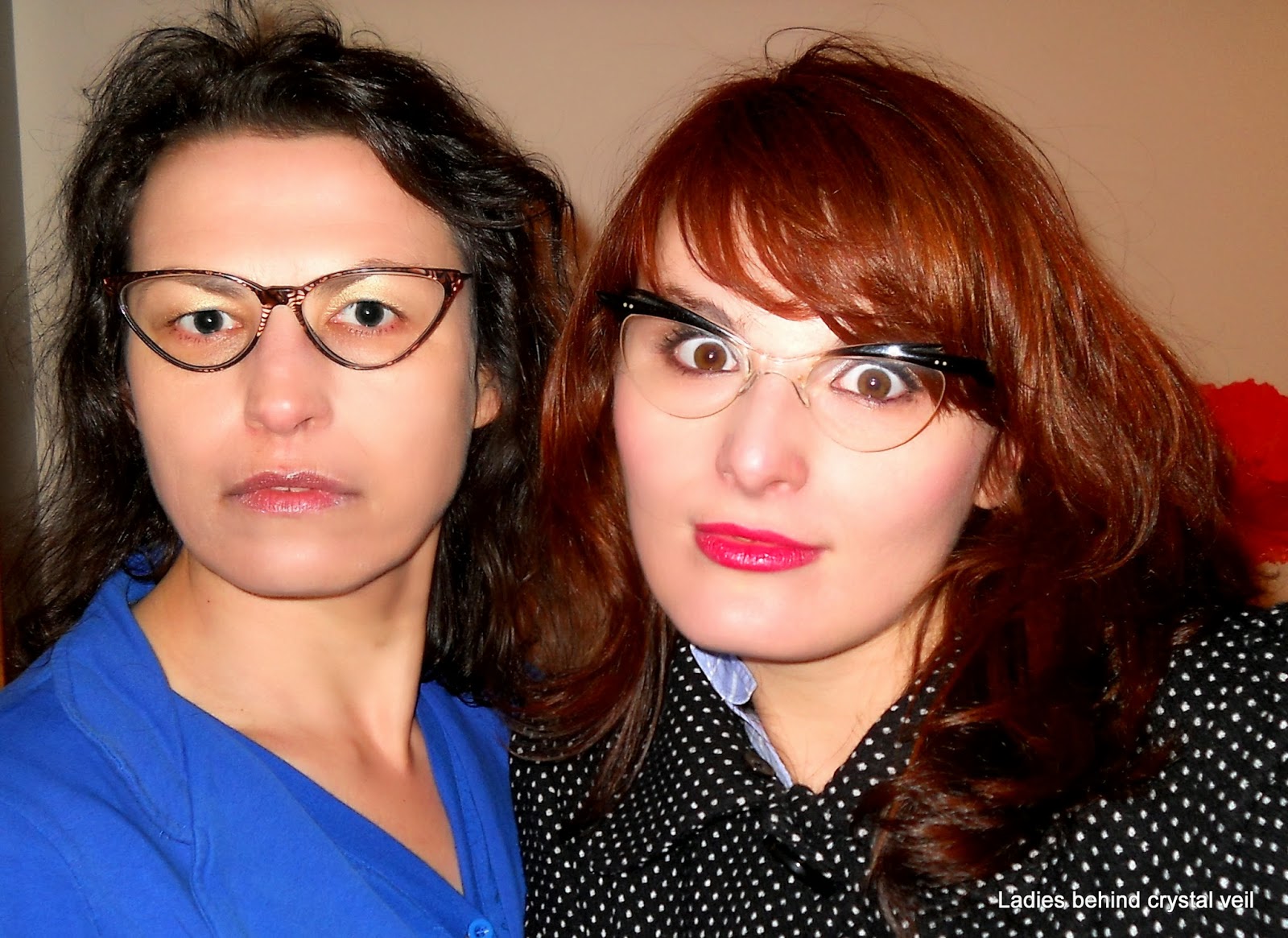 Cat eye glasses were highly fashionable - arguably even the only style for ladies! - from the mid 1950's until the early 1960's. Within a couple of years, cat eye glasses had become regarded as outdated and only elderly ladies kept sporting them, especially in the UK. Several attempts have been made from time to time to resurrect the style with a modern touch but so far, ladies in cat eye glasses remain white ravens. The glasses shown by mother Juliana were acquired in Germany while daughter Juliana is posing in a pair from an Irish charity shop. Cat eye glasses, come back!
Gepost door ogoloog op 12:31