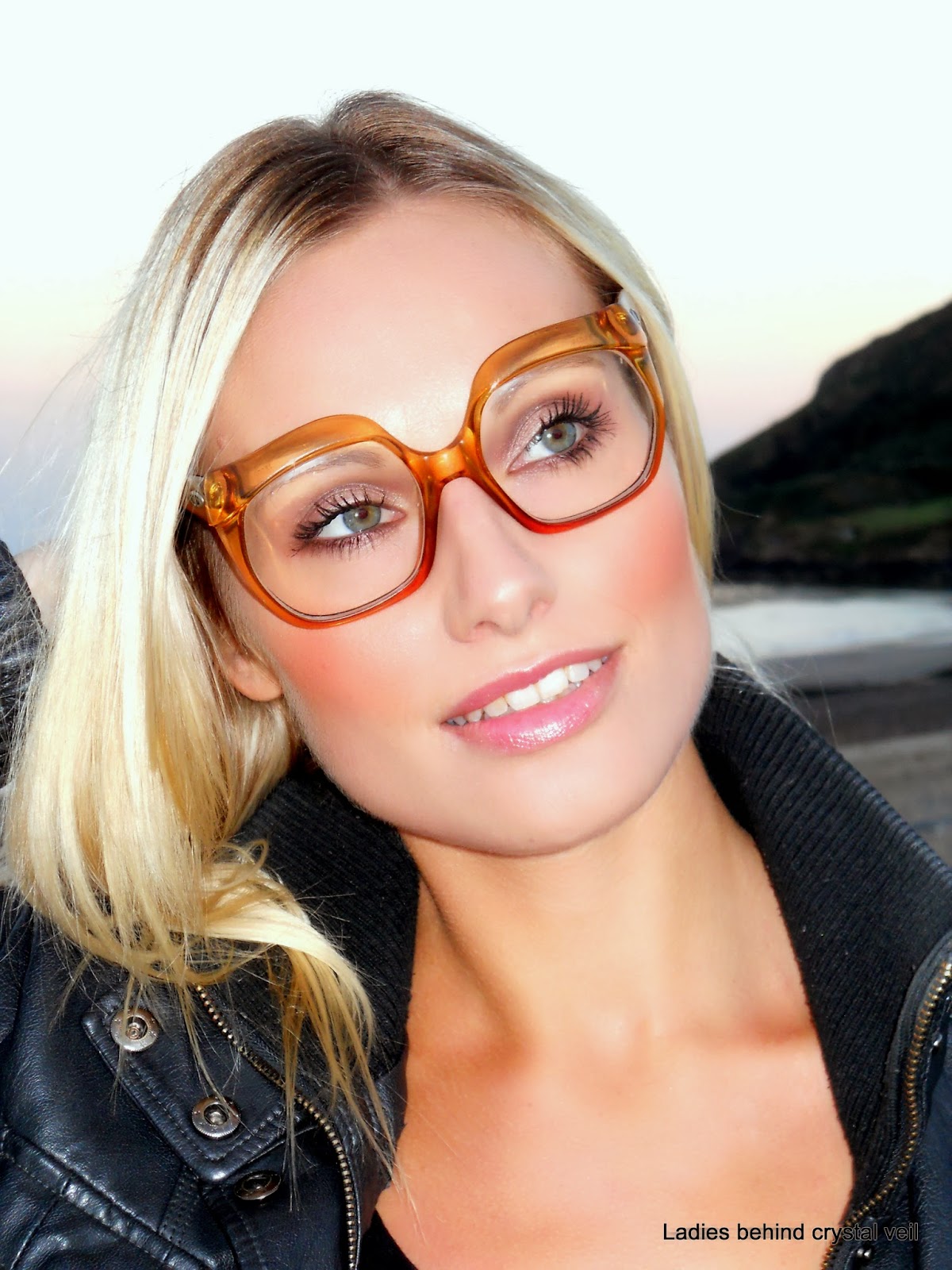 Christian Dior took the stage by storm when their first generation of glasses appeared in the windows of optician's shops. This happened in 1976 and I witnessed the change in the streets of Switzerland. Within weeks, the streets were full of lovely ladies sporting expensive but strikingly beautiful Christian Dior glasses. The design was revolutionary in every way, from the bold frame shapes and the new frame material (optyl) to the basic bright colours and the "CD" logo on the unusually short, almost straight arms. Switzerland had always been a conservative country and eyeware fashion was several years behind, but now all of a sudden they were front runners. Here Simona is posing in a high, narrow pair from the second series designed by Christian Dior one or two years later. What struck me especially about the early Dior glasses was the consistency in the design. One could always recognize a Dior as a Dior, even from the far end of the street.
Gepost door ogoloog op 11:39