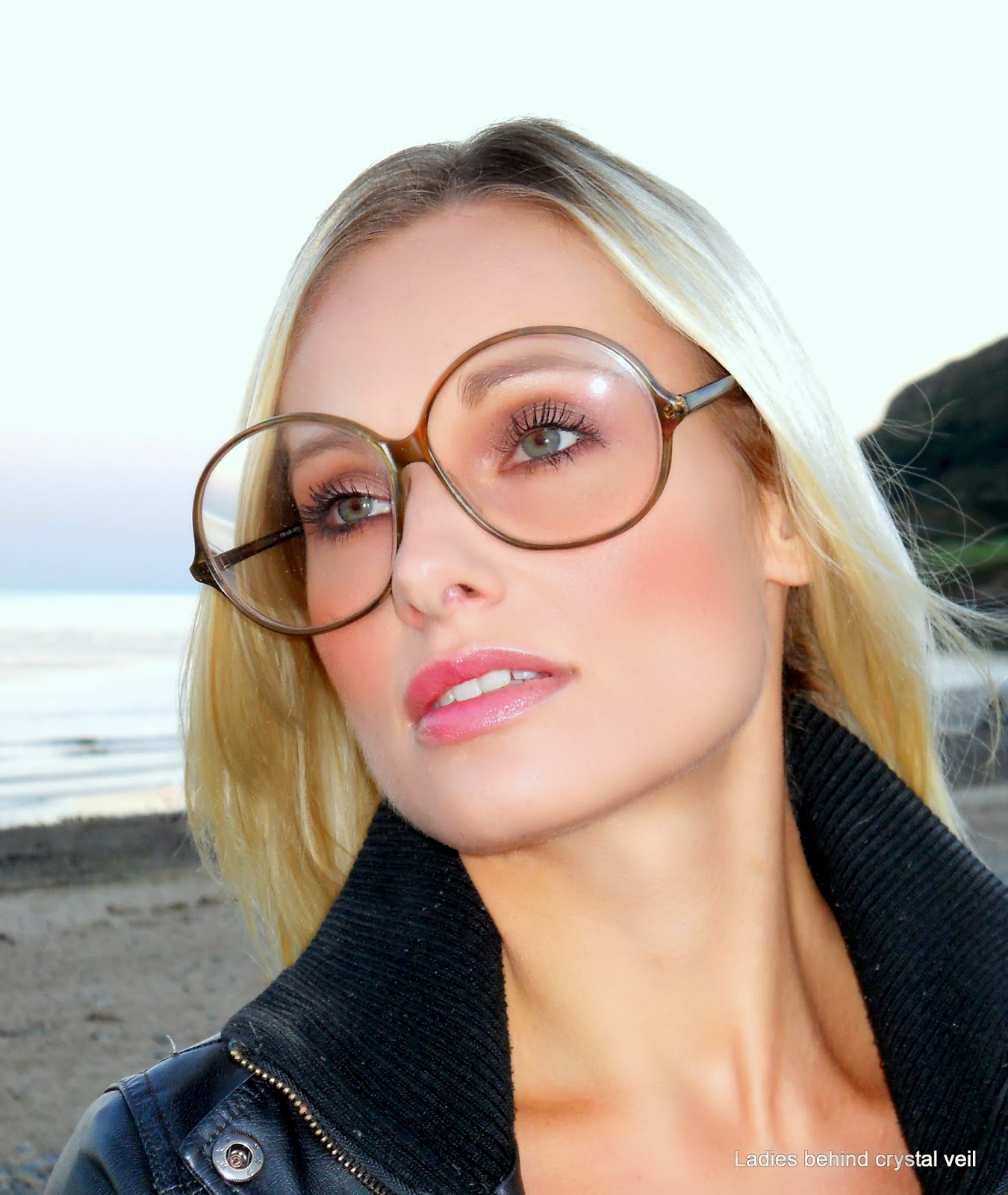 The love summer of 1967 brought the first influx of flower power and hippie culture to Amsterdam and this coincided with the arrival of larger frames. During the next seven years, glasses got bigger and bigger and it culminated in the airy style shown here by Simona. The lenses had the size of shop windows and airy frames could be rather unstable. Not everyone was pleased with the size of the frames. I remember a rather critical article in a Dutch fashion magazine, warning ladies that some of them would look like Pekineses in these giant glasses. In spite of all the warnings, many girls and women went for the giant frames. One of them was a tall blonde called Martje who had a fairly mild prescription. I'm sure that her glasses were the same as the pair shown here by Simona. The glasses are stamped "Crown", a familiar name in Amsterdam during the 1970's. A well known optician in Amsterdam had a shop called Crown. My guess is that this shop added their own stamp to any unmarked pair they sold, but it may be that they also designed glasses on a small scale.
Gepost door ogoloog op 07:19