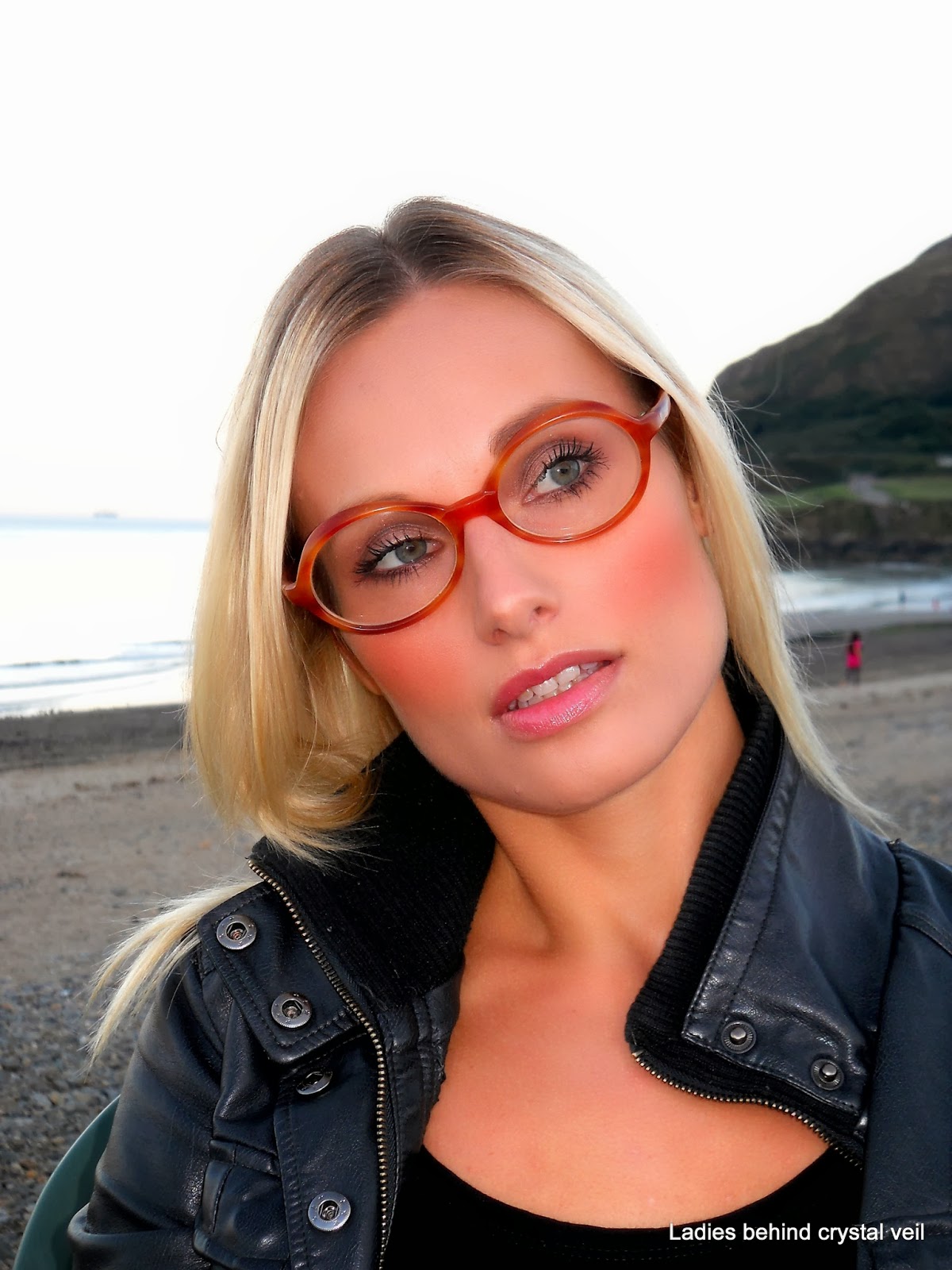 Orange frames appeared in the shops just after the end of the cat eye era, in 1964, and they were a real hype until the end of the decade. Opticians had far more influence on the frame choice of their clients than they have nowadays. There was a simple thumb rule: "Orange frames are for blondes, brown or black frames are for brunettes", and woe the girl or lady who went against it! It happened to a beautiful classmate of mine, a volupteous blonde called Anje. She did not like the orange frames and after a small increase she appeared in black glasses. You should have heard the comments by her peer group.... Anje got away with it as she only put up her glasses (estimated Rx minus three) when it was absolutely necessary. The orange frames of the mid 1960's were small and compact, as were all frames at the time. The love summer of 1967 brought the hippie look and gradually, frames got larger. The orange Neostyle glasses shown here by Simona were considered average size in 1969 but they would have been called huge in 1966. I am certain about the age of the Neostyle glasses. I met a lady in 1970 who had an identical pair. She used the glasses to watch television and she told me that she bought the glasses fairly recently. The onset of the 1970's brought many fascinating changes in frame design and very soon, orange glasses disappeared from the streets, never to return again.
Gepost door ogoloog op 15:15