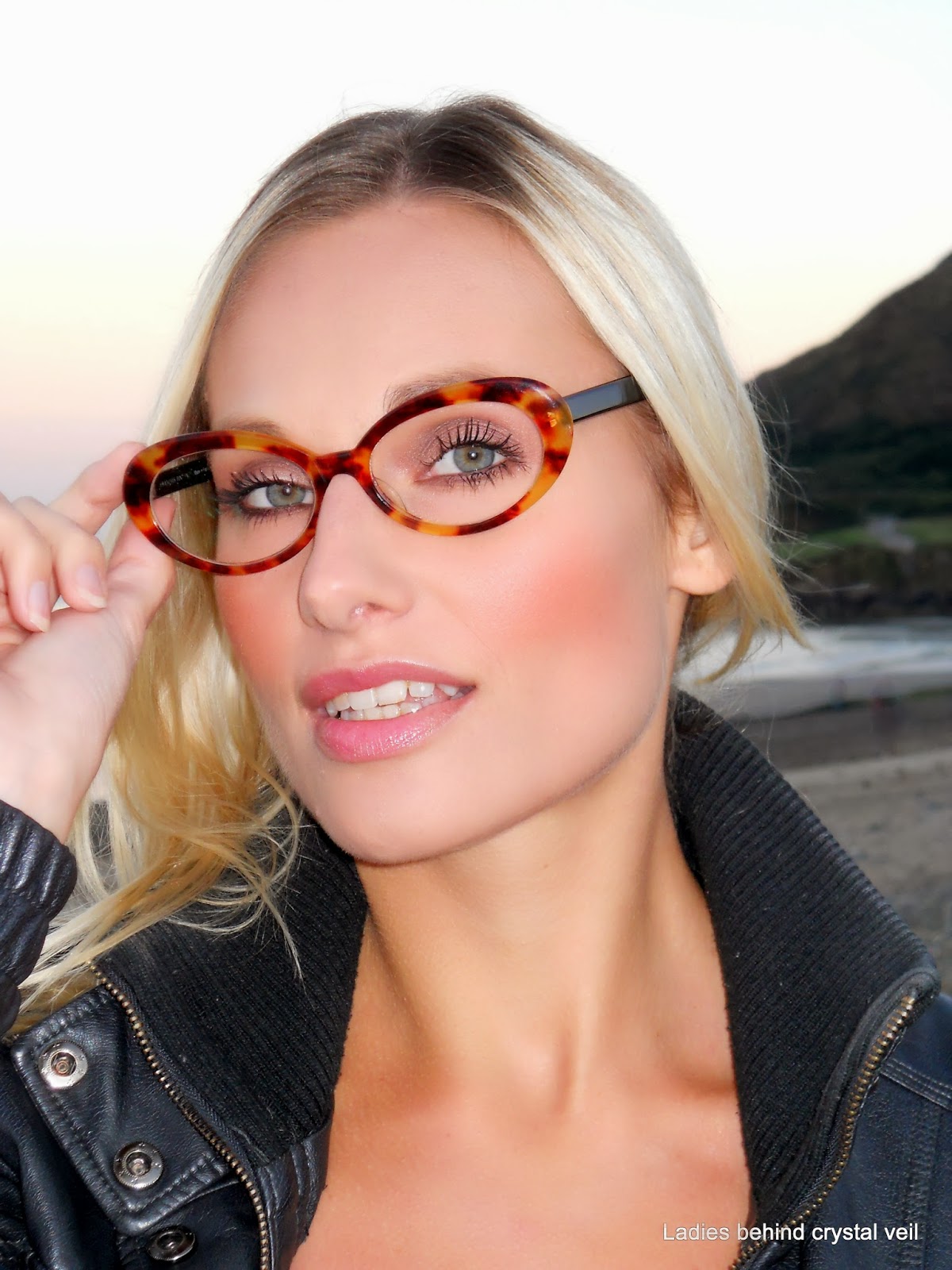 These glasses by Francois Pintin are reminiscent of the late 1960's and early 1970's styles but I believe that they were made at a much later date. They were acquired in a Dublin charity shop near the turn of the Millennium and it was nice to bring them back to their original surroundings last April and again in August. The glasses suit brunettes and blondes alike. They were featured during the video documented catwalk at the opening of my first photography exhibition with "Ladies behind crystal veil" in October 2010 (see You Tube Lentilux).
Gepost door ogoloog op 09:45