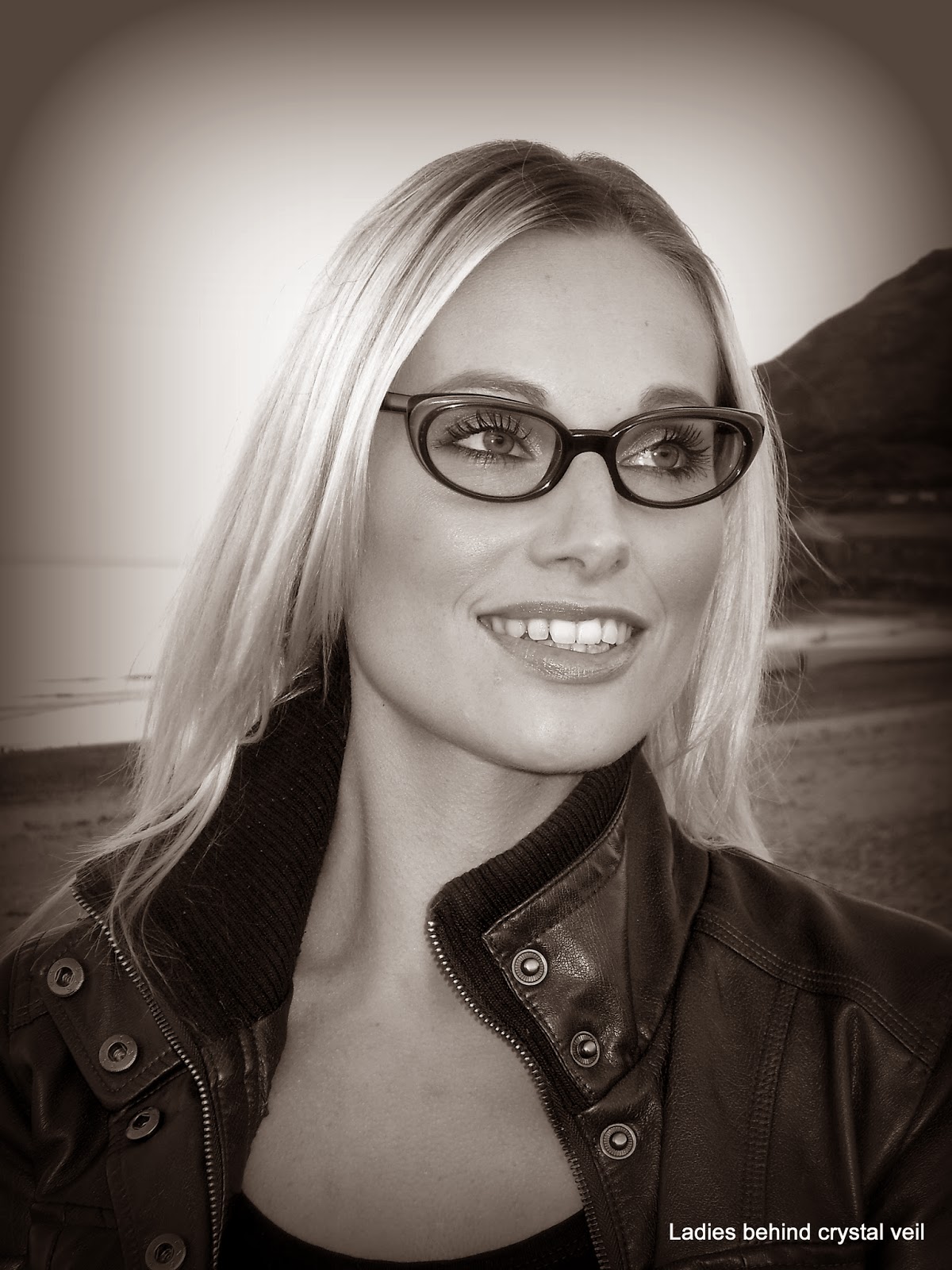 These "Toxy" glasses by Rodenstock were among the very first "new style" frames that appeared in optician's shops after the cat eye era. A faint echo of the cat eye glasses is still visible in the eyebrow line but the frame material was definitely new and so was the rounded shape. The glasses were kindly given to me by their first owner when I made her acquaintance in 1996. When she heard about my glasses collection, she went upstairs straightaway, came back and handed me a a big box. "Here, these are for you, I always hated my glasses, still do". I opened the box and it contained all her old glasses, covering a period of three decades. The "Toxy" pair was the earliest pair in the box. A few months later, we went through her old photo albums and this enabled me to reconstruct the sequence in which the glasses were bought. The lady bought the "Toxy" glasses in the winter of 1963 / 1964 and she replaced them as late as 1972 when there was enough money to buy a pair of silver Silhouette glasses. By then, the "new style" from 1963 / 1964 was really outdated but the lady had a narrow face and she thought that the new big frames would not suit her. The lady was a blonde just like Simona and she simply ignored the optician who urged her to choose orange frames. Good on her! Here Simona shows that there is nothing wrong with a blonde in black glasses. Some heavy editing went into this fine portrait to create a nostalgic feel.
Gepost door ogoloog op 11:31