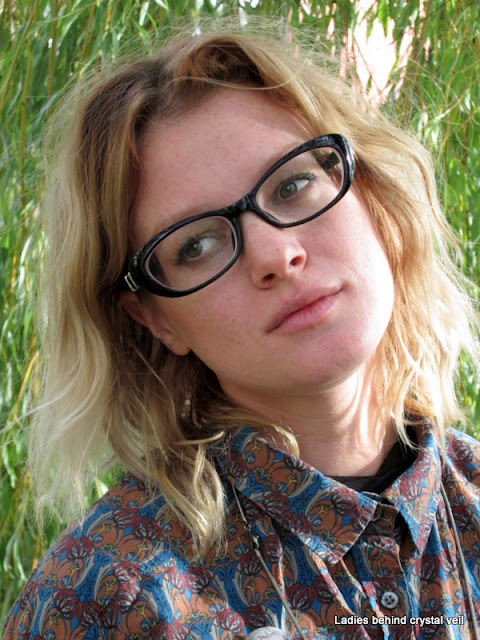 After the experiment with the cataract glasses in a standing position, Monique was ready to try another couple of Zenni glasses, Rx minus eight. The black pair shown here was first featured in my fourth photo shoot with Farishta (962), two years ago. The glasses can also be seen in the 1960's part of the photo shoot with Nefeli in Athens. Although slightly larger, the frame has a nice touch of the style that was popular during the late 1960's. Again, this is excellent posing by Monique. Great!
Gepost door ogoloog op 12:18