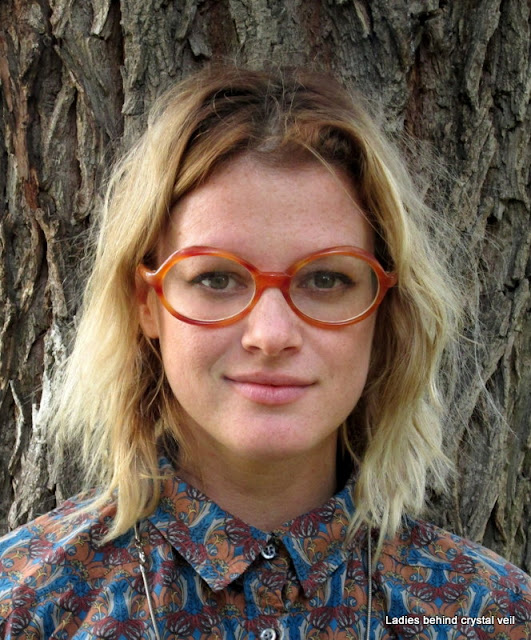 Orange glasses emerged when the cat eye era ended in 1963 / 1964. The new style was solid and rather compact. Fashion began to change again after the love summer of 1967. Frames gradually became larger and this culminated in the arrival of giant frames in 1975. In the Netherlands, orange glasses were considered a must for blondes. The orange hype continued until the early 1970's. Here Monique shows a perfect example of the hype in question. The glasses look great on her.
Gepost door ogoloog op 11:10