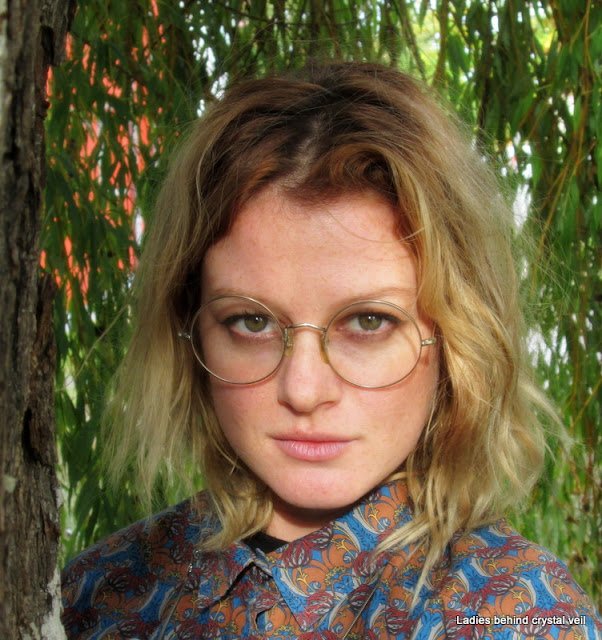 In the mid 1990's I had a stormy relation with a blonde who was preparing emigration from the Netherlands to Ireland. She was pushing forty and I could not help noticing that she had trouble when reading small print. Of course she always denied having any eye strain. After a year, she told me that she was prescribed glasses in her late teens to get rid of her frequent headaches. She produced the glasses and showed them to me, but she refused to put them on. "I don't need glasses at all, but that silly optician said that I should wear them all the time". My next remark was that they were nice hippie glasses and that made it even worse. "I was never a hippie in my life. Never!". Her mood swings were just as unpredictable as the weather at the Irish West Coast. Finally, she gave in and admitted that going to an optician might be a good idea. The optician was a wise man. He gave her a free pair of readers (+1.00), adding "Here, these are for you. If you feel you don't need them yet, simply put them in a drawer. But you will notice that you really need them within a year". And this is exactly what happened. She soon emigrated to Ireland, leaving her old hippie glasses and that's how they became part of my expanding collection. Glasses stories.... Anyway, the first thing Monique said when she put the hippie glasses on was "I really can't tell the difference!".
Gepost door ogoloog op 09:47