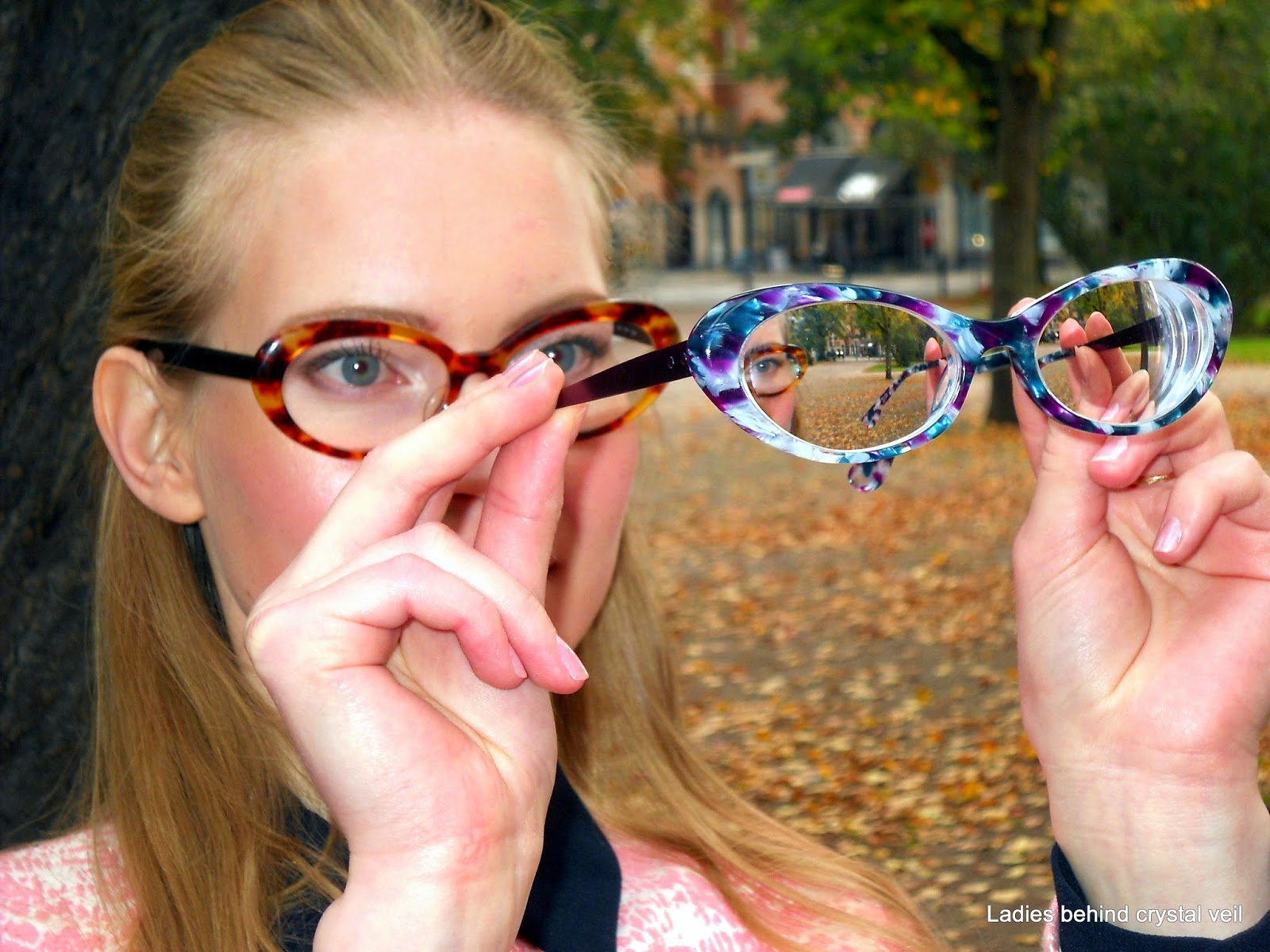 This series serves as bridge between the two sections of the photo shoot with Maria. The first section was about glasses with mild prescriptions around Maria's own -1.25. The second section is about stronger glasses. Here Maria is wearing a stylish tortoise pair of glasses made by Francois Pintin. Although the glasses could easily go for a pair from the early 1970's, they were probably made two decades later. They were acquired in a Dublin charity shop, some twelve years ago. Right from the start of my project, the Pintin glasses were a favorite among my models and they have kept that status. For comparison, Maria is holding a recently acquired Zenni pair with a frame shape not unlike that of the Francois Pintin glasses. The lenses in the Zenni pair are the "standard" minus eight.
Gepost door ogoloog op 12:42