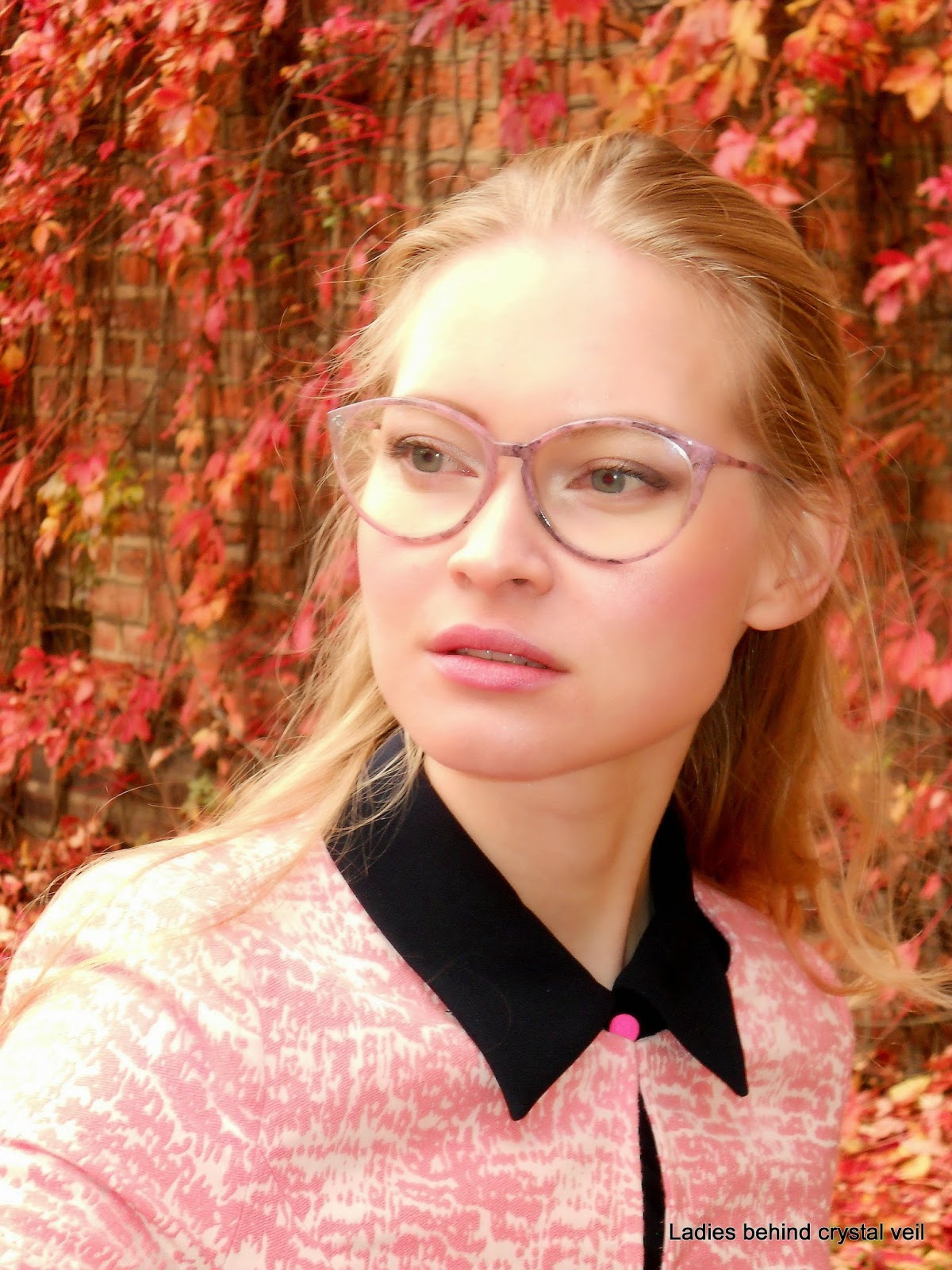 Fine posing by Maria in another example of the transition period between the large frames and the retro era. From a Dutch perspective I would place these glasses in the late 1980's as there was no transition to speak of. In 1988, the first retro frames appeared in our shop windows and a year later, all the large frames were gone. However, in many countries surrounding us the transition took five years or even a bit more. Bon Lux was from Italy so the glasses may have been made during the first half of the 1990's. Maria selected this pair as it really suited her pink outfit and the shape of her eyes. A lovely combination indeed, accentuated by the model's fine posing. The red ivy leaves in the background are not bad either.
Gepost door ogoloog op 15:31