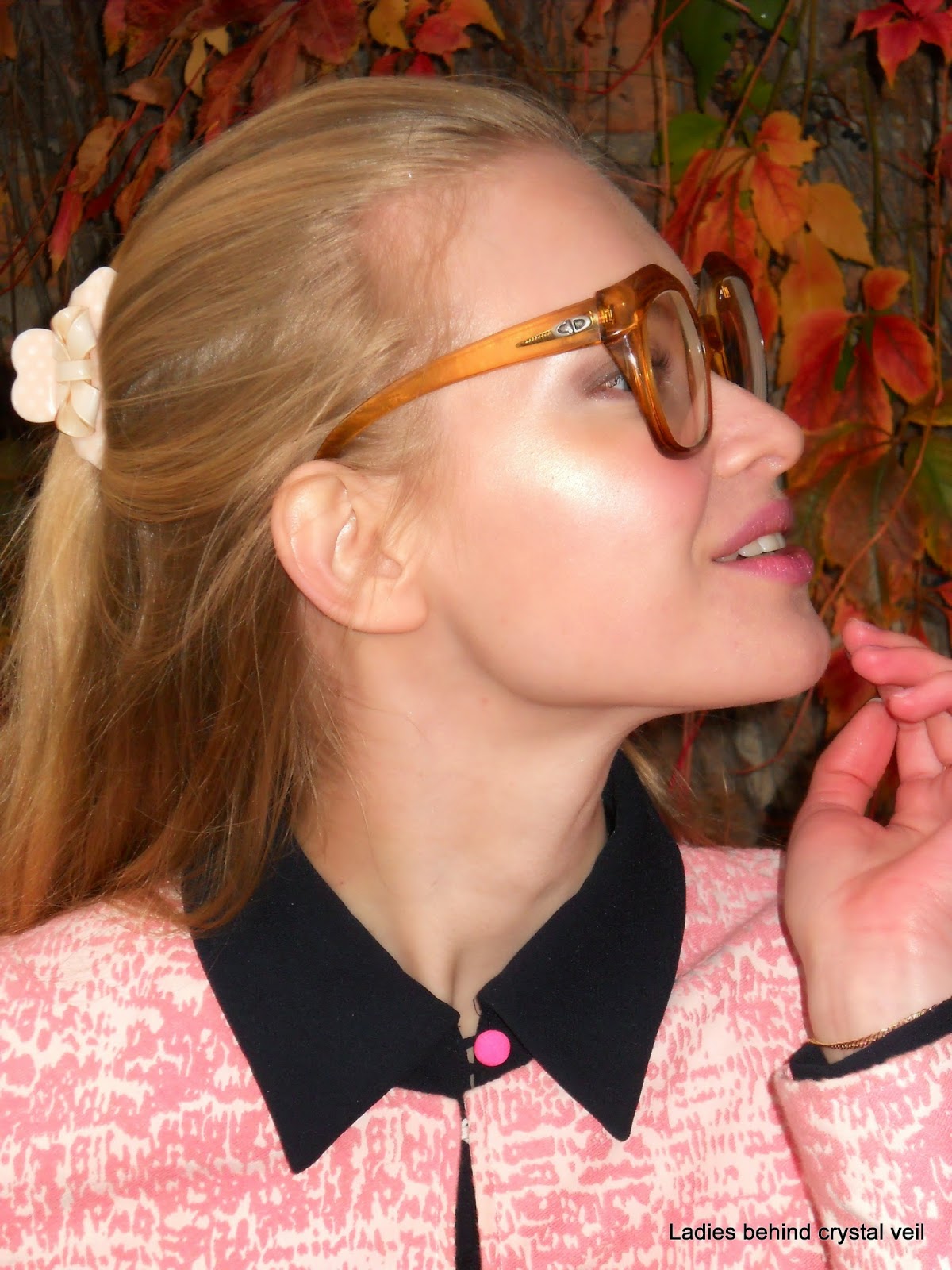 "You have seen enough of me, Mr. Photographer!". Here Maria is showing the almost straight shape of the arms and the Christian Dior logo. The abbreviation "CD" did not lead anyone into a state of confusion - compact discs only appeared on the market a couple of years later :). The only down side of early Christian Dior glasses was that the arms were on the short side for many clients. As a result, the glasses were not entirely stable, especially when fitted with high prescriptions. However, my then life partner who had a prescription of minus seven found her green Dior glasses more stable than her previous choice (a giant, airy pair called Piave). Note the way the arm of the glasses catches the light, suggesting that the front is made in a darker color. In reality, the entire frame was made in one and the same color. Nice!
Gepost door ogoloog op 10:20