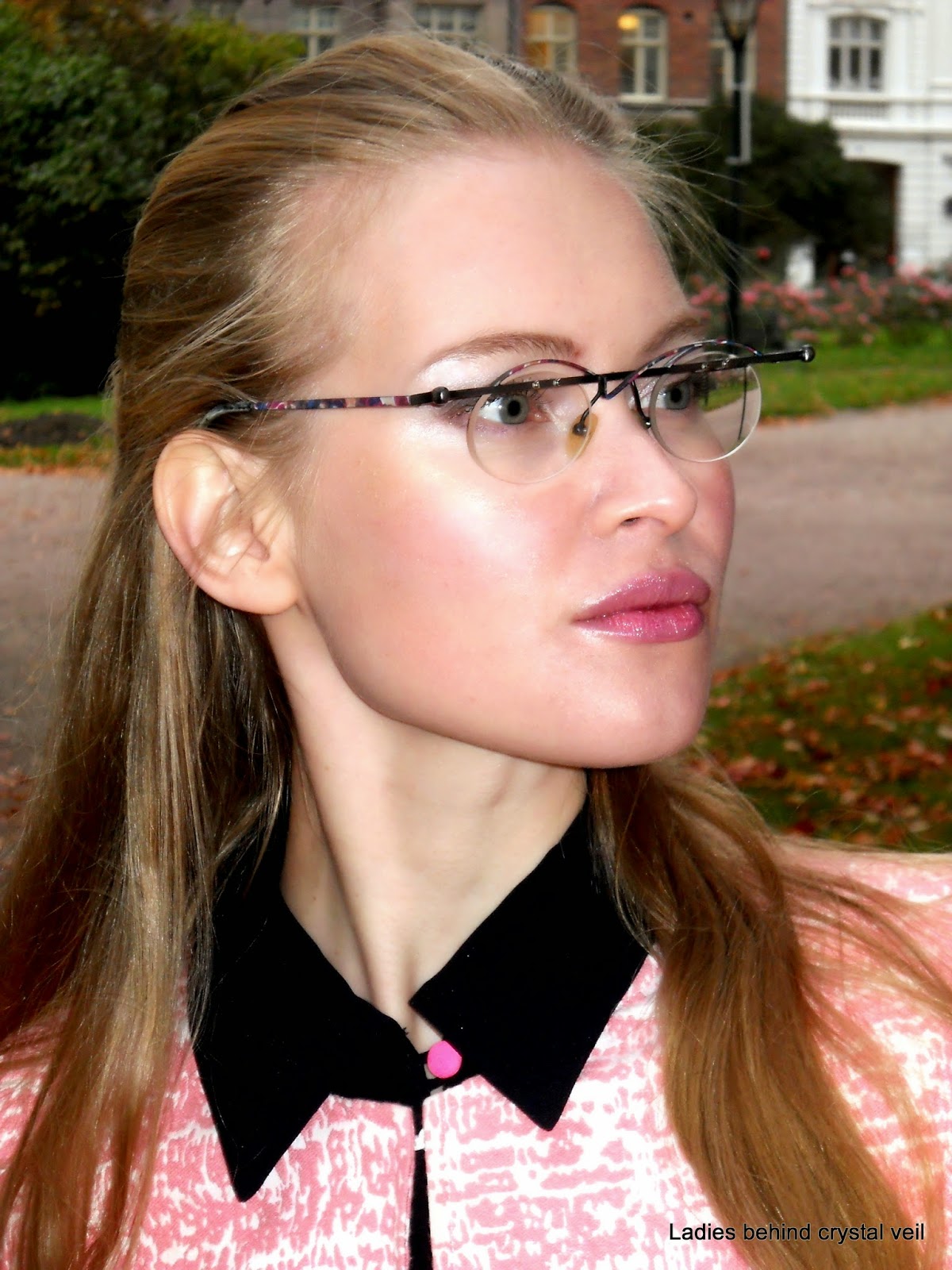 A different aspect of Maria, showing the effect of the lenses in striking half rim glasses from the retro era. The first owner of the glasses was a young lady called Sylvia, from the Leipzig area in the Eastern part of Germany. Sylvia had increase after increase and she kindly sent me five old pairs that were of no use to her anymore.  The pair shown here by Maria is the earliest pair and the lenses are just below minus two. The strongest pair was minus five. The chronology of the glasses was easily deducted from the Rx of the lenses in each pair. Sylvia's glasses showed both the progression in her prescription and the regression in her frame choice. The word "choice" may be not do justice to Sylvia as there was very little too choose during the heyday of the retro era :).
Gepost door ogoloog op 11:59