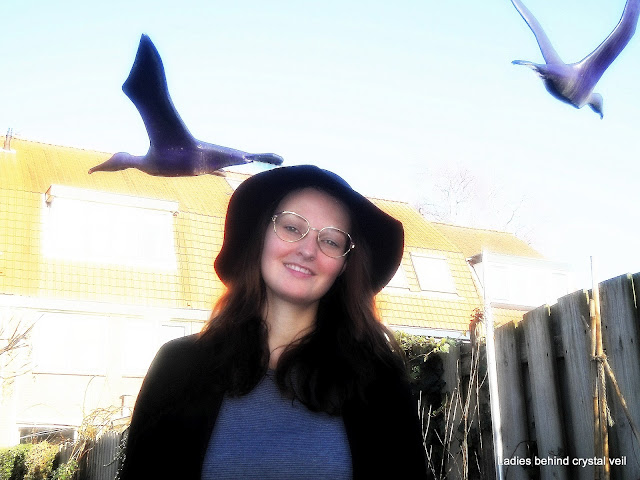 Talking about melancholy.... When did you last see a couple of giant purple cormorants flying over your own garden? This pair was made three years ago by an artist called Herman Erbé who recently died at the good ripe age of 93. The cormorants were made in memory of Mirjam's grandparents from the maternal side. Once in a while, preferably during photo shoots, the cormorants are released so that their wings get a bit of practice. So far, they always returned!
Gepost door ogoloog op 08:04