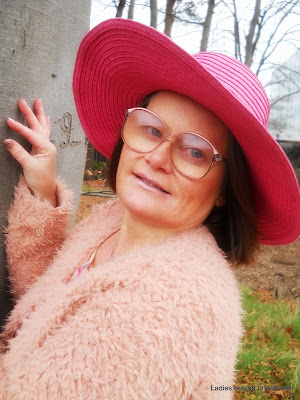 These Sover glasses are highly reminiscent of the style chosen by Silhouette 30 years ago. This is probably why their first owner bought the Sover glasses. She used two identical Silhouette glasses in different colors (blue and green) and added the Sover pair because of its nice pink and black frame. The three pairs in one lot and given the highly individual, strong prescription it's certain that they came from the same nose. The lady in question was substantially longsighted with a fairly high amount of astigmatism. Fair play to her, she had a great taste for glasses.... Three decades later, the same compliment goes to Linda. She is the third model posing in the Sover glasses, being preceded by Charlotte (142) in 2010 and Farishta (830) earlier this year. Thank you, Lady in Pink!
Gepost door ogoloog op 08:48