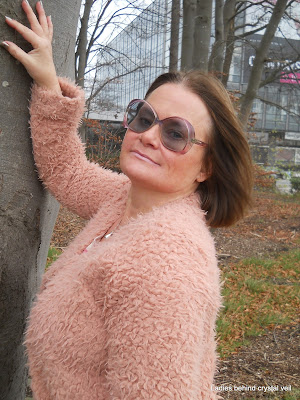 Filos from Italy have been active since the 1960's and my collection includes seven examples of their work. The large, solid frame is quite characteristic for the mid and late 1970's. Generally speaking, the 1980's brought more refinement. Large frames remained but the style was more subtle and airy. The lenses in these Filos glasses are so called transitions, an invention made around 1970. Many glasses from the 1970's and 1980's have transition lenses. During outdoor photo shoots implies that speed is required when using glasses with transition lenses.
Gepost door ogoloog op 04:55